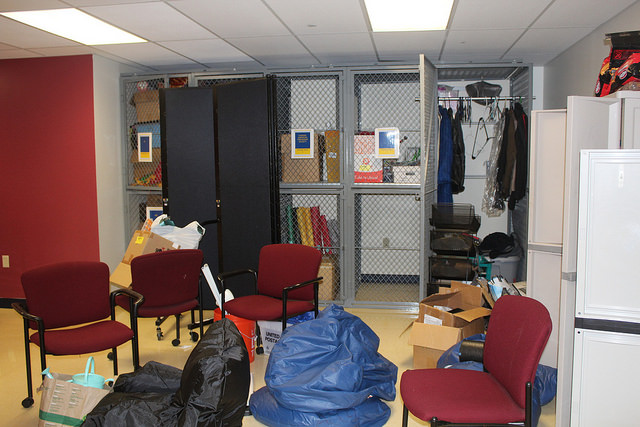 The IDEAS Center renovations were among a number of high-impact projects in the area of student life.

Allegheny’s Inclusion, Diversity, Equity, Access and Social Justice Center is renovating to expand into Room 308 of the Henderson Campus Center.

Associate Dean and Director of the IDEAS Center justin adkins said the renovation would allow the center to have more space for meetings.

“As many people know, by walking by here the past couple of years, the space was full and we weren’t able to host meetings in here, and often just ran out of space on a regular basis,” adkins said.

According to adkins, any student group can technically use the IDEAS Center as a meeting space with his approval. However, he said the groups who use the center most often represent systematically marginalized populations, including Union Latinx and the Association for the Advancement of Black Culture.

Jaimena Wheel, ’19, president of ABC, said the renovations would allow the IDEAS Center to provide a space for smaller groups or individual students to use as needed.

“I think that the renovations allow — they have a room that we can reserve a space, and I think that if we want to have events somewhere that’s maybe more private for some students, that allows us to have that space in the IDEAS Center,” Wheel said. “And I think the expansion is good also for students to go in and use if they need to.”

Before the renovations, Wheel said, the club had an office in the IDEAS Center space that it used for storage.

“We did use our office a lot,” Wheel said. “We didn’t actually use the storage. We had an office to use. So the expansion did affect the fact that we no longer have an office.”

While ABC no longer has an office in the IDEAS Center, Wheel anticipates the club will relocate to a space in Brooks Hall shared with other multicultural clubs on campus.

“We haven’t been to Brooks yet. I’m unsure how that’s going to work out, though,” Wheel said.

Wheel said she envisioned the club using the new IDEAS Center space for events such as game or movie nights.

“It’s a small just sitting space, so it would probably be a more intimate event, not something super huge, just a more chill type of event,” Wheel said.

“There are many things going on on campus which are part of the high-impact enhancements that came out of the Strategic Action Plan,” Petula said.

Petula said the SAP identified high-impact projects for potential investment. The SAP focused on areas such as athletics, student life, and academics. Former Dean of Students Kimberly Scott selected the IDEAS Center renovation as one of multiple potential projects in the area of student life. Scott’s recommendations, along with ideas for projects in the athletic department and in the realm of academics, appeared before the planning boards for the SAP.

Petula said the renovations was paid for by refinancing college debt. The college also took out a $10 million loan, of which $3.5 million was used for high-impact projects. Petula said the IDEAS Center, as well as other student life projects, used $1.5 million of the funds.