Just how impressionable are children when it comes to political misinformation? 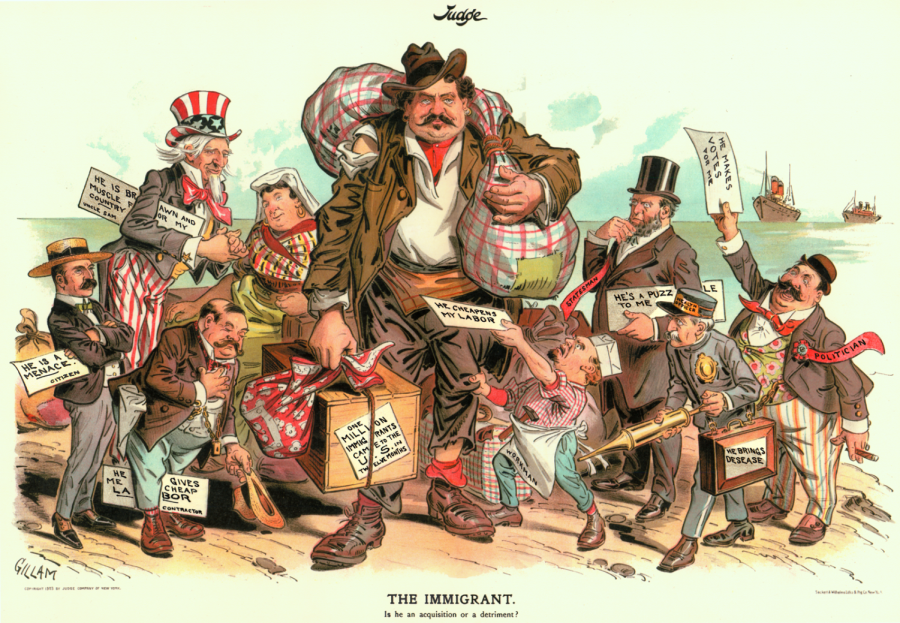 I have always been a neurotic person, worked up by a never-ending stream of loud thoughts, social anxieties, and irrational phobias that, to this day, make little sense to me. At the age of 3, I developed a fear of men in glasses for some reason. Then I was terrified of the dark, constantly checking and rechecking for entities behind doors and curtains.

But I often think back to one fear I regretfully recall: when I was a child my parents both had a prejudice against Hispanic people that rubbed off on me.

“They come here illegally,” my father told me.

“You can tell who they are because they drive old pickup trucks to gather scrap metal because they can’t work anywhere legally,” he said.

Interestingly enough, another part of his argument involved the idea that undocumented immigrants are stealing jobs from hard-working Americans. I distinctly remember him expressing frustration once when we were driving.

“You can also tell because they’re always going exactly the speed limit because they know if they get pulled over , they will be deported,” he said.

Even as an impressionable child, I could sense a flaw in his logic. Naturally, I went to ask my mother about it.

I asked her about illegal immigration, adopting my father’s general, unfair phrasing: “What makes Hispanics illegal, mom?” I was confused. I had Hispanic friends. In fact, my parents had Hispanic friends. She explained to me that Hispanic people aren’t illegal, but that people who are undocumented sought jobs that belonged to “hard-working legal Americans,” a term I began to realize was completely loaded.

“Usually they come to America by hiding in the backs of cars,” she told me flatly, extremely misinformed. I had to have been in first or second grade at the time. From that moment on, I developed a ridiculous, unfair, misinformed, xenophobic fear of Hispanic people.

Anytime I got in a car, I would check over my shoulder for Hispanics hiding in the backseat. My fear of the dark shifted. Instead of fearing the possibilities of monsters, I feared Hispanic people hiding in my house. To me, the fear of people was stronger than any other entity that could be lurking in the shadows.

I kept this phobia a secret for a very long time, simply because it was humiliating. After a few years, I simply grew out of being scared and realized it was irrational. I understood that my presumptions were unfair and that my parents were wrong.

I am not sharing this embarrassing childhood fear as a confessional, but rather, as a reflection of how impressionable children can be. Had I not started questioning everything my parents told me upon developing angst at a relatively young age, I fear I could have been a racist person my whole life.

I now understand how complicated immigration is, from immigrants’ reasons for emigrating, to the policies that dictate how it is done, and I am in no place to be the judge that determines whether or not a person deserves to be in America. To me, belonging in a country is merely paperwork, and I prefer to look at a person’s character.

Reflecting on this is particularly haunting for me today. Though immigration policy has always been a major issue, we now see it becoming more aggressive, more personal and more inhumane. I generally avoid discussing politics with my parents, but I cannot help but wonder what their thoughts are on the upsurge of Immigration and Customs Enforcement.

Anyone who looks or acts “un-American” can be a target now, citizen or not. And what about the detained children? Or the 1,475 undocumented children? Or the chemical straight jackets without their parents consent in the Shiloh Treatment Center in Texas?

I am sad to say that the discourse attacking Hispanic families, children and workers is rooted in a long, complicated history of oppression and supremacy, and recent events prove we still have a long way to go.

I was blessed with a free-thinking and rational, mind open to personal growth, so I escaped my harmful ways of thinking, but it is nauseating to think how many children were put in the same position I was by being taught harmful lies. How many of them grew up without changing their perspective? There is blood on the hands of the adults that misguided us and led us to where we are today, and the only way to counter it is through action and proper, unbiased re-education.