An examination of the game that took 2016 by storm 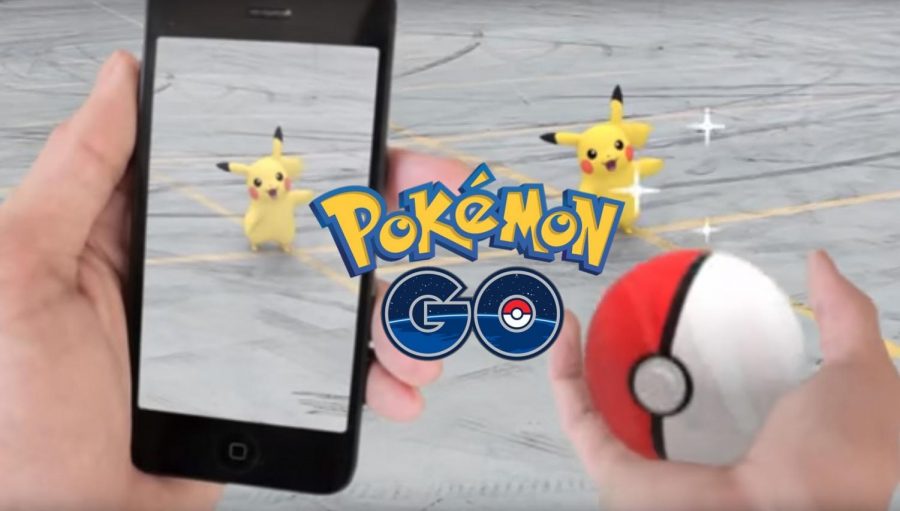 For a year of heated political campaigns, horrifying terrorist attacks in France and Orlando and the death of several influential celebrities including Prince, David Bowie and Harambe, the summer of 2016 had one redemptive aspect that ignited a fire in an otherwise dark time. This, of course, was the release of “Pokemon Go.”

The entire world, just beyond my front door, crawled with enthusiastic participants of all ages, finally having a reason to leave their houses and wander local parks. Strangers would helpfully tell me to, “Go the other way! There’s a Charmander over there!” For the first time in so long, I felt relatively unthreatened by those brief encounters and found a sense of belonging and common ground with those around me.

My grandfather passed away a couple weeks before the release of “Pokemon Go,” so this game was what drove me to finally get out of the house, and I was not disappointed. I walked around a large lake near my house and noticed nearly everyone with a phone out giving me friendly, knowing nods. Innocence and positivity lingered over parks with Pokestops, and it felt like a community was forming, just as children approach other children to play tag or hide-and-seek. It was beautiful, and this was only the beginning. People were already dreaming up a game mechanic that would allow trading, locating nearby players, friend lists, legendary Pokemon and the release of the other six generations of the franchise. So what happened?

In 2018, we have all these things. I redownloaded the app with a friend after reminiscing with him and remembering that Allegheny’s campus is particularly fortunate with several Pokestops and two gyms. Although the game itself has improved drastically, I was disappointed to see the communal bond between players dwindling.

I like taking walks at night, so I found myself at the Gator statue in front of the Henderson Campus Center playing the game when two men passed by. I left shortly after and crossed paths with them again on the Rustic Bridge, and once more when we were all sitting near each other in Brooks Circle.

“Are you guys also playing Pokemon?” I asked cautiously. They responded affirmatively and asked what team I was on.

“Valor, the red team,” I explained. They were too, as it seems most are.

One of the men told me, “I think that security officer is yellow. Every time we defeat a gym and leave, they roll up to the same spot and take it back.”

It was relieving, in a sense, to know that when I saw security vehicles everywhere some nights, it was likely just because they were playing the same game I was. It was humanizing to hear and funny to think about. After five minutes of silence, I wished the men a good night and went inside.

Another day this summer, I opened the app at Diamond Park and noticed many people playing the game, reminding me of the summer of its release. I don’t think I saw anyone who was not playing. It was “Eevee Community Day,” so there were significantly more Eevee Pokemon, including plenty of rare “shiny” versions, as well as a time extension on some in-game powerup mechanics. There was a reason for the game to be more popular on this weekend, but it seemed like people were almost zombified by it. Individuals, couples, small groups of children, teenagers, adults — there were lots of people walking through the park in nondescript circles hatching eggs and catching Pokemon.

But I observed no communication between different groups of people, unlike when the game was released. It was as if everyone was playing, but no one wanted to be seen playing it. One would think that with the ability to trade Pokemon and cooperative gym battles called “raids,” players would more enthusiastically connect with each other, especially in public parks in broad daylight.

I do not want to say the magic of “Pokemon Go” is gone completely, but its raging fire has been reduced to smoldering embers over the past couple years. What could once comfortably and casually bring a diverse group of people together has become increasingly isolating. I do not expect the game to ever be like it was when it was released, but I am still awaiting the day a community of players bands together to stoke the embers and reignite the fire.