Album releases from Arctic Monkeys, Weezer, Kanye West and Panic at the Disco! 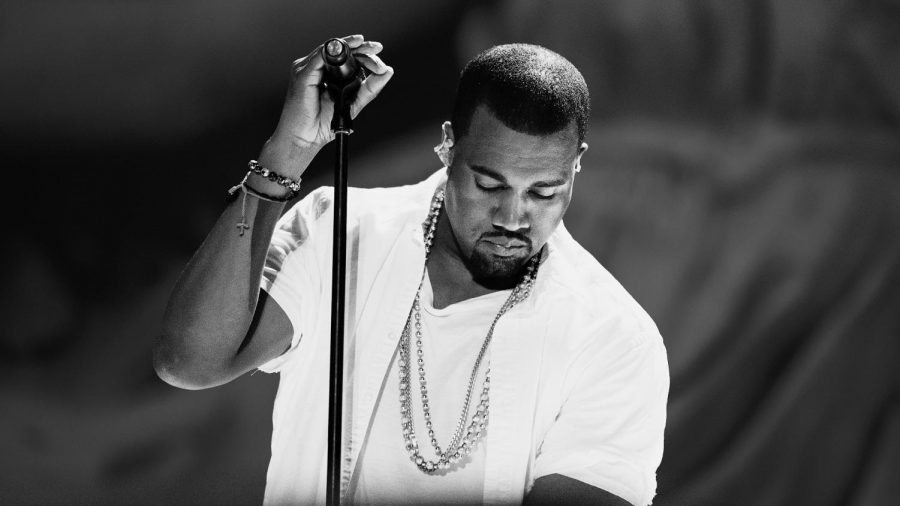 Jeez, what a month April has been for the music industry. Cardi B dropped her long awaited debut album “Invasion of Privacy.” J Cole broke streaming records with his new record “KOD,” and today, fans finally received Post Malone’s highly anticipated “Beerbongs and Bentlys.” At the same time, singles from Drake, Rae Sremmurd, the Chainsmokers and other big industry names continue to flood the market as we move into May.

What do they have in store for us as the semester winds down? Heading into summer, music lovers are still left hanging on projects from Nicki Minaj, Sam Hunt and Frank Ocean. All rumors aside, album releases from Arctic Monkeys, Weezer, Kanye West and Panic at the Disco are set in stone.

Dubbed by many as the queen of hip-hop, Minaj has been hinting a new project might emerge in the next month or so. After multiple interviews with Zane Lowe, DJ Whoo Kid and other producers, she has expressed her drive to put out a distinct, personal and one-of-a-kind record that will make her fans proud.

In an interview with “Dazed and Confused Magazine,” Minaj said she is looking to define her music career with her fourth studio album. With two singles released in mid-April, we may get to bump our way through summer with a record Minaj claims will be “a billion times more epic than anything ‘Anaconda’ could have delivered.”

Alright, admittedly I favor hip-hop music over just about anything. Even though many rap enthusiasts avoid country music like the plague, I personally have come to enjoy my fill of Hunt, especially as summer opens its doors.

After “Body Like A Back Road” was the highest-selling digital record of 2017, he reportedly hit the studio hard in an attempt to get new content out before his Makes You Country XL Stadium Tour with Luke Bryan in May. Many speculated new content would be out by now, since he headlined the National Music Festival on Saturday, April 21.

Hunt sounds a bit flaky to me, so I would keep an ear out but not get any hopes up just yet. Frank Ocean also continues to tease his fans, with ambiguous comments and tumblr posts claiming how big of a year 2018 may be for him.

In February 2018, Ocean released a cover of “Moon River” by Henry Mancini and Johnny Mercer, which sent a necessary message of reassurance to his fans as they eagerly wait for a new album. He’s in the studio, but whether to expect a new album heading into summer is still unknown.

There is evidence we should anticipate new projects from Minaj, Hunt and Ocean in the coming months, but I hate to rely on rumors and speculations. I want to know that Minaj will be shaking the clubs up and Hunt will have me sipping piña coladas on the beach.

All gossip aside, a variety of artists have finally promised us new music for summer vacation.

After a five year hiatus, the Arctic Monkeys will be releasing their sixth album “Tranquility Base Hotel & Casino” on May 11, 2018. Most long-time fans are expecting the typical indie rock sound that projected them to the top throughout the mid to late 2000s.

However, some people need drama in their lives and decided to question the name choice of some tracks. Personally, I can not wait for “The Ultracheese” to become my new favorite song.

Other than anticipating a normal Arctic Monkeys sound, I have no idea what “The Ultracheese” or any of the songs on their new album will sound like. However, Weezer has offered a lot of detail about its upcoming album “The Black Album” dropping on May 25.

As the name suggests, “The Black Album” reportedly explores darker subjects that lead vocalist Rivers Cuomo wrote about. He did not dive into much detail, but admitted the album was “challenging” for him to craft, since Weezer has not included a great deal of darker material in the past.

Cuomo also described the sound as more “modern and electronic” and less 90s sounding, which I think will be exciting to hear.

Speaking of something exciting, remarkable and ludicrous in the best of ways, Kanye West has two new projects to drop in June. While two sounds like a gift from the god West claims himself to be, I would not expect anything more than 20 songs between the two of them.

His first project, which is set to drop on June 1, contains seven songs and will be his re-entry into the industry after canceling 21 tour dates in 2016 and being hospitalized for a “psychiatric emergency.”

As of late, his first new album is called “Turbo Grafx 16.” Some predict it will be trap infused, like his most recent singles “Euro” and “Hold Tight,” but I disagree. Yeezy has retreated to a mountain top in Wyoming to produce his work and remained out of the limelight. I feel like we may receive a more personal album, possibly including some trap sounds, but also deep thought.

Yet with his Kid Cudi collaboration coming out just a week after “Turbo Grafx 16,” I am not really sure what to expect. I have always known Cudi to be a more emotional rapper, so will we get two deeper works from Yeezy in June? The situation is quite puzzling.

We all know Kanye loves Kanye, and I love Kanye as well, but the only thing I love more than Kanye is Panic at the Disco, and they will bless us with a new album “Pray for the Wicked” on June 22.

At five studio albums, Panic at the Disco has yet to fail its fans as they continue to produce original content and staying true to their unique sound. After releasing “Say Amen (Saturday Night)” and “(F**k A) Silver Lining” in March, I have no doubt their sixth album will be a smash hit.

For summer 2018, there is a plethora of content to look forward to. While rumors can not always be trusted, I have faith some of our favorite artists will pull through. If not, I will still be enjoying my fill of Arctic Monkeys, Weezer, Kanye West and Panic at the Disco.