What is a liberal arts education and what is its future at Allegheny? 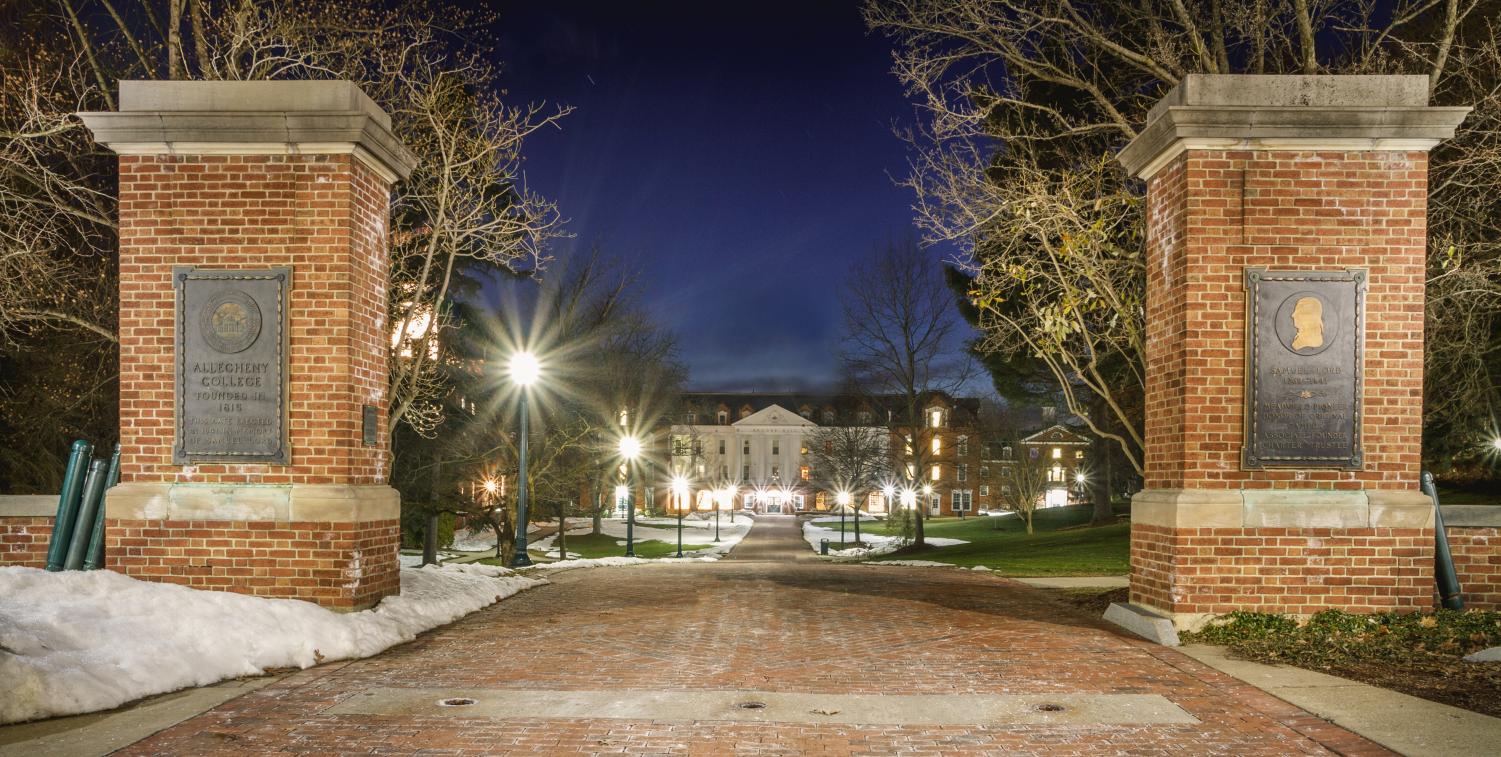 Words change over time, and the term liberal arts is no different. Although its origins reach back to ancient Greece, what constituted a liberal education then would not pass at an American college today. Therefore, at a moment when Allegheny has redefined its curricular priorities, it seems necessary to ask: what should a liberal arts education entail?

To begin, a liberal arts education should ensure that a student learns where he is.

Domestically, this means he must familiarize himself with the organization of society. From civic clubs, to town councils; from the county to the state; all the way to the federal government, a student should learn how society is ordered. He must learn about the laws and institutions that govern the land he inhabits.

Exploring beyond the borders of one’s own country, he should then seek an acquaintance with foreign nations. What other forms of government exist? How else can a society be ordered? What do other people value and what languages do they speak? For a liberal education, one must be aware there are alternative ways to live in this world.

Political science, economics, international studies and foreign languages all work to serve this goal. These disciplines ensure a student can orient himself in this world, and therefore understand and operate in it.

Equally vital to this is a student’s understanding of the natural world. Physics can teach one about the origins of the cosmos while neuroscience can teach one about the structure of neurons in the brain. Biology, chemistry, computer science and mathematics all join in this pursuit. The natural sciences reveal the world to a student, and show him how it functions and interacts on every level.

With this knowledge of where he is, a student now knows about the universe and can more appropriately envision his place within it. It gives one perspective.

Carl Sagan said “Our posturings, our imagined self-importance, the delusion that we have some privileged position in the universe,” are all challenged by the study of astronomy. Cicero knew science could have that effect on man’s mind, “For what can seem of consequence in human affairs to a man who is acquainted with all eternity and the vastness of the universe?”

A knowledge of how the world works coupled with an appropriate sense of scale and proportion is the first step in achieving a liberal education.

In addition to making sure a student knows where he is, it is equally vital for a liberal arts education to teach a student “when he is.”

This is of supreme importance, since the world he inhabits cannot be fully understood without considering its history.

Some say history repeats itself; others say it only rhymes. Either way, Karl Weintraub was correct when he said “Aside from it being an utterly foolish thing to do, you simply do not have the right to neglect the work of your forefathers. Past generations have a valid right to be heard and respected. Without the support they lend to your life, you would simply fall back into the most primitive state.”

The role of those who came before in a liberal education is vital. The world the student seeks to understand was inherited from them. It is the product of their labor; their triumphs and failures; their genius and cruelties. To understand this world, it is therefore necessary a student understands how it came to be.

History and religious studies gives this understanding to a student. What motivated people, how did they see the world, what did they get right, and where did they go wrong?

L.P. Hartley might have said, “The past is a foreign country; they do things different there,” while G.K. Chesterton quipped, “The past is not what it was,” but all are helpless without a proper understanding of what came before them.

So what next? First, the student finds himself within space, and then he identifies his spot in time, and then what? This is the foundation that finally allows him to turn within.

“Know thyself” was emblazoned across the Delphi oracle’s temple. Socrates spent his life provoking the introspection of his interlocutors, likening himself to a gadfly. If one understands the origin of Western education to be Plato’s Academy, then self-knowledge is the ultimate aim of the liberal arts.

This is no small task. To examine one’s self is not easy, since everyone lives a life of contradictions and paradoxes. But equipped with a liberal arts education, one is prepared to undertake the challenge. This is the role of literature and philosophy.

Reading the greatest plays, books, dialogues and essays gives students an understanding of who they are. This is because, as Emerson said, a work only becomes great when the audience sees themselves in it.

“Familiar as the voice of the mind is to each, the highest merit we ascribe to Moses, Plato, and Milton is, that they set at naught books and traditions, and spoke not what men but what they thought,” he wrote.

A great work becomes a mirror for the student, and through it he will better understand who he is. With this, his understanding of difficult but consequential concepts like virtue, justice and grace can begin to form.

It is this education that prepares the student to take on a fulfilling life of responsibility in the world, and when graduation approaches, this liberal education will be all he has, as Henry Baldwin told the Allegheny students of 1840.

“You must soon lose the staff on which you have rested for support, and with the world before you, stand ready to encounter its vicissitudes which will attend your course through life, trusting to your own efforts when friends and aid may be far away.”

A liberal arts education is a very special thing. It prepares students for this undertaking, enriches their lives and makes sacred much in the world which would have otherwise remained meaningless.

But a dispassionate look at the recent changes to Allegheny’s curriculum calls its liberal arts mission into question.

The dissolving of the art history program; medieval and renaissance studies minor; German major; and the reduction of faculty in history, political science, english, philosophy and religious studies all serve as the backdrop to the introduction of new majors that are career oriented such as business, and the bolstering of the pre-med track.  These changes are matched by the addition of two new sports teams, and major renovations to the campus’s services and facilities.

This is clear shift away from the liberal arts, as the college will no longer be able to offer to students what it once considered vital.

The school does not exist in a vacuum, and although the hyper-competitive career world may seem an inhospitable place for a liberal arts education, perhaps that is only the result of liberal arts institutions struggling to articulate the virtue and value of the liberal arts to prospective students and their future employers.

Doing so is difficult, but necessary. To abandon the core of the liberal arts tradition in order to acclimate to the constant trends and changes of modern times only ensures an educational program remains in a perpetual state of transition and adjustment.

Describing what a liberal arts education entails is no easy task. This article set out to do so, and opinions will differ, but Pietro Vergerio was unequivocal about what he saw as its central aim:

“We call those studies liberal which are worthy of a free man; those studies by which we attain and practice virtue and wisdom; that education which calls forth, trains and develops those highest gifts of body and of mind which ennoble men, and which are rightly judged to rank next in dignity to virtue only.”

The priorities of an institution need not be zero sum, but the allocation of resources must be. The faculty and staff leaving the college this year will be deeply missed. Those who remain will continue on, carrying the legacy of those who leave along with them.

They will strive to continue delivering a liberal arts education at Allegheny, but it will not be of the depth, breadth and quality it once was.