Cardi B stomps into rap industry with debut album 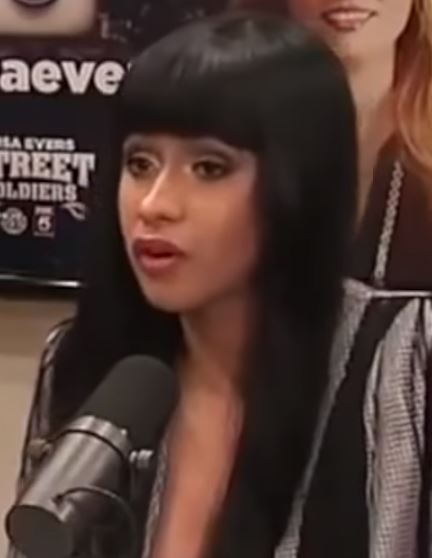 Belcalis Almanzar, known professionally as Cardi B, released her first studio album “Invasion of Privacy” on Friday, April 6, which was predicted to appear as number one on the Billboard 200 for the week of April 21, according to Billboard Magazine.

At just 25 years old, Cardi B has shot to the top of the rap game after entering the industry in 2015. She has collaborated with artists like Migos, G-Eazy and Bruno Mars, performed at the 2018 Grammy’s and has five records on the Billboard Hot 100, according to Billboard Magazine.

To be honest, I had low expectations for this album. I expected hard beats with lame, repetitive lyrics about money, drugs and sex. I have to admit, I was pleasantly surprised with the majority of this album for a number of reasons. I enjoyed how many of the songs dove into Cardi B’s personal feelings, yet were still catchy with fire beats that will have Town Tavern rumbling this weekend.

Starting with the first track, “Get Up 10,” Cardi B rapped about personal aspects of her life in a gritty style I thought was pretty unique. The opening bars were “Look, they gave a b**ch two options, strippin or lose, used to dance in the club right across from my school.” The tone was relentless and unapologetic throughout the entire song, and I thought it was a fantastic idea to open the album with, since it encompassed Cardi B’s style that stuck with me as I made my way down the album.

The song “Drip” sounded like it had Migos’ hand all over it, with multiple references to the money and drug infused life they talk about so extensively in their own work. I was not a fan of the repetitive chorus and almost stopped listening to the whole album after I heard Quavo refer to himself as “Huncho” for the hundredth time. But still, Cardi B and Takeoff’s verse had a catchy flow that got me through the rest of the song, and ultimately the rest of the album.

I thought that “Bickenhead” was a toss up, since it incorporated some of the most impressive characteristics of Cardi’s work, but also some inadequate ones. It was short and to the point at just three minutes and two seconds, which made the chorus “That guap guap, get some chicken, guap guap get some bread” bearable, and it also included club-jumping music. The lyrics were not unique at all, and despite my overall approval of the track, I had no idea what it was even about.

For the sake of mine and everyone else’s sanity, I am going to skip over “Bodak Yellow,” because, well, we have all probably heard it a million times by now and have developed our own opinions about it.

The highly personal “Be Careful” blew me away as Cardi B expressed her emotions about a relationship gone wrong. The music was a bit of a different pace but a nice change from the typical banger that I got used to after listening to the first couple songs. She did an amazing job conveying how she felt, with lyrics like “Bout liking pictures, not returnin’ texts. I guess it’s fine, man, I get the message. You still stutter after certain questions.” She returned to the theme of relationships gone bad at the end of the album with “Thru Your Phone” and “I Do.”

I also enjoyed the tiny bit of Spanish she incorporated, like in the line “She said you was workin’, but you’re out here chasin’ culo.”

The next song “Best Life” had a Chance the Rapper feature, and I knew right off the bat it had to be fire, and thank goodness I was correct. It continued the slower pace first brought out in “Be Careful,” and displayed her satisfaction with the way things have played out despite criticisms.

She exposed and punched back at those who were dying to see her fail with verses like: “Hit the tank, yeah, I hit the race, hit the dash dash. That’s when they came for me on Twitter with the backlash. ‘Cardi B is so problematic’ is the hashtag. I can’t believe they wanna see me lose that bad.” This sneak diss referenced a Twitter feud in August 2017, after a series of controversial tweets from the rap star were brought to light.

“I Like It” was definitely my favorite song on the entire album. The Spanish influence originally introduced in “Be Careful” was beautifully incorporated into this track, with Bad Bunny and J Balvin features. Overall, the song was entertaining, melodious and had me wanting to put the windows down in the lovely 30 degree weather still plaguing Meadville, PA.

After I had an intense bump-session to “I Like It” on a car ride home, “Ring” helped me mellow down and took me on an emotional adventure. First of all, I could not think of a more perfect voice for the chorus than Kehlani’s. It was also pleasant to couple her sound with less relentless, calmed down Cardi B verses which even turned into singing for lines like “You gon’ be sick to your stomach. Hit me when you free, when they 100. It’s emergency, call me 911.”

After listening to “Ring,” I kind of wish “Money Bag” did not exist, since it reverted back to the same concepts found in “Drip” towards the beginning of the album. I did not really see much emotion in the song, and besides the music it was a total disappointment.

I felt the same way about “Cartier Bardi” and “She Bad,” as they were filled with lyrics like “Your b**ch wanna party with Cardi,” “Cardi got your b**ch on molly” and “I could buy designer, but this fashion Nova fit (woo woo woo woo).”

On her debut album “Invasion of Privacy,” I got an earful of ruthless lyrics over top of a wide variety of beats. At the same time, Cardi conveyed her feelings in a number of creative pieces I believe will earn her the number one spot on the “Billboard hot 100” in a few weeks.

Cardi B has defined herself as an artist with “Invasion of Privacy,” displaying her unrelenting attitude we have all seen in the last year, but also showing her more imaginative and thoughtful side. Cardi stomped her way into the rap industry with this record and she is still on the go, with no stop lights in sight.