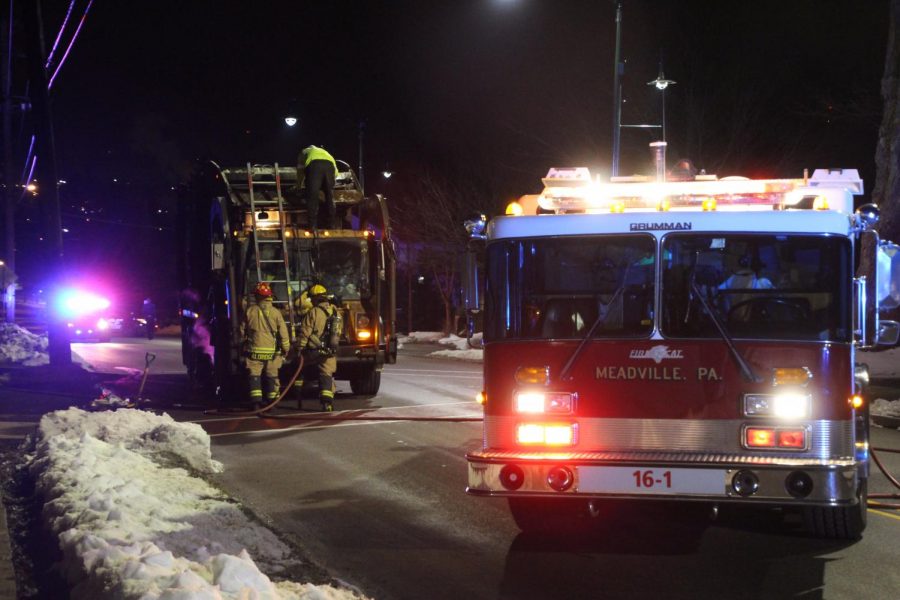 Meadville City fire crews work to extinguish a fire in a garbage truck on North Main Street on Monday, March 12, 2018.

The truck driver said he noticed sparks in his mirror as a bag on top of the truck caught fire, prompting him to stop the vehicle. Meadville City Police and Fire responded to the scene and the fire was under control by 11:30 p.m.