Swim and dive reflects on season 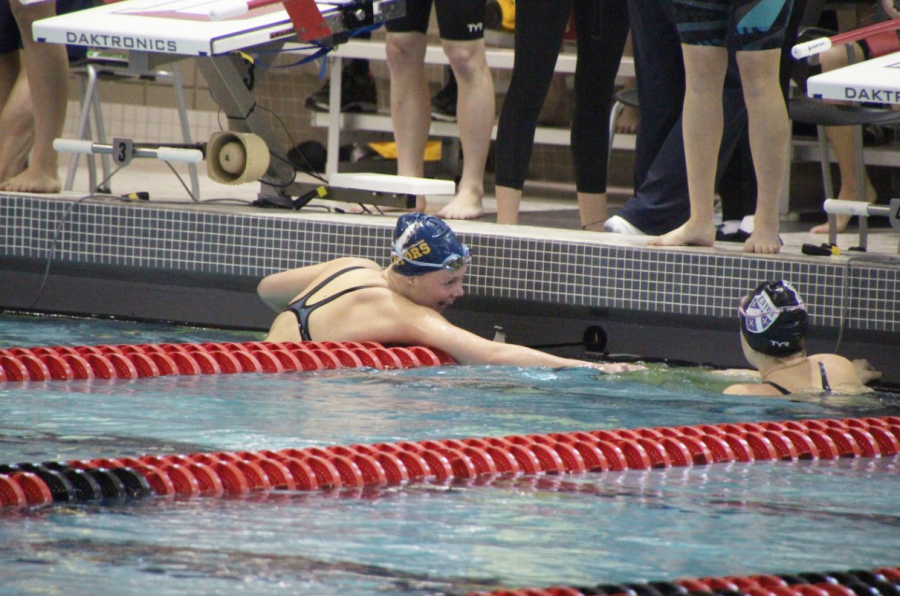 “I think this was the best meet I’ve had in two years,” Justin Leary-Bignayan, ’20, said. “It was definitely a lot of fun. Having conferences and doing really well got me excited about swimming again. I think overall that this meet was the best the girls have had. For the guys, there’s a lot of room for improvement.”

Justin Katchur, ’20, echoed Leary-Bignayan’s comment about how well the team did.

“The season in its entirely went fairly well,” Katchur said. “The majority of the team swam personal bests or came really close to them this year.”

Although Katchur said he found his first-year conferences overwhelming, he felt much more comfortable this year.

“Last year, conferences seemed much more overwhelming due to the fact that I was a freshman and did not know what to expect preparing for the meet,” Katchur said. “Conferences flew by this year. I personally swam times that I was content with, and I loved being a part of some relays.”

Katchur originally started swimming because his friends in high school all swam, though the sport eventually impacted which school he chose to attend.

“I chose Allegheny because I wanted a place where I could receive a good education, but still be able to play the sport I enjoyed in high school,” Katchur said.

Rachel Montgomery, ’20, competed in conferences. She said she was proud of both the men and women’s performances at the meet.

“We had a lot of solid swims,” Montgomery said. “We have a lot of underclassmen, so we’re trying to recruit more and strengthen the team for next season.”

The swim and dive teams have an optional meet at Kenyon College on Saturday, Feb. 24.