Stay in the cage and skip ‘The Greatest Showman’ 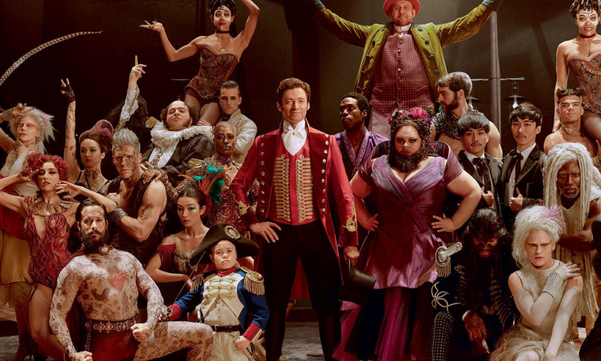 If you are expecting an authentic circus experience filled with death-defying stunts and dream-like wonders, “The Greatest Showman” is not the film for you. In fact, Director Michael Gracey should consider running away and joining the actual circus after his attempt to bring the mystic imagination of Phineas Taylor “P.T.” Barnum to life in this drawn-out film with the occasional musical number.

The movie opens with the thrilling song, “The Greatest Show.” The beginning performance is enticing as the audience watches from underneath the stands in a circus tent as the performers showcase their unique capabilities.

The show as a whole did not take my breath or steal my mind. In fact, the only real thing left behind was extreme disappointment because I wasted 1 hour and 45 minutes of my life when I could have just listened to the soundtrack on Spotify instead.

Opening with a foot-stomping, beat-bumping musical number, I had high expectations for the story that was about to follow, but to my disappointment, it became evident that, over the course of the seven and a half year long production, all of the effort was put into the music. The real ringleaders of “The Greatest Showman” are Benj Pasek and Justin Paul, the geniuses responsible for writing the songs.

Amid the dreary lives of the Barnum family, P.T. finds himself out of work, realizes his family’s home is decaying and feels like he is failing as a husband and father because he cannot give them extravagant gifts or live in an over-the-top mansion. So, in order to fulfill his millions of dreams, Barnum decides to invest and buy an abandoned museum to turn it into a circus. Naturally, that is the most financially responsible endeavor to test out.

Luckily, Barnum charms and cons his way into becoming a success after enticing a bearded woman, a child-like man, a giant and a brother-sister acrobat duo into joining his show.

Movie musicals are a hit-or-miss kind of genre, but the cast plays a key role in bringing the wondrous Barnum circus to life in this typical rags-to-riches story with a musical twist.

“The Greatest Showman” consists of a phenomenal, high-profile cast, a film where a million dreams come true. Hugh Jackman, Zac Efron, Michelle Williams and Zendaya in the starring roles on their own are dazzling on camera. But together, the chemistry is flat, awkward and forced when looking at the cast as a whole. During the musical numbers, the performances are engaging, in-sync and entertaining, but when it comes to pure human interaction, acting and engaging in dialogue, there is work to be done.

Jackman and Efron really found each other in this film. The pair seemed like they were meant to be partners. Whether they were bickering between acts or drinking in a bar, the two actors really have a strong chemistry while performing together. It makes me wonder what a “Bet on It” duet featuring Wolverine and Troy Bolton would look like.

I am not sure if it was the nine year age difference that prevented Efron and Zendaya from connecting on-screen, but I think the filmmakers should have checked to see if Vanessa Hudgens was available to play the role of Efron’s love interest.

Occasionally, audiences would get bits and pieces of background information and learn details about why the characters are the way they are, but there was no overall development throughout the course of the film.

We see a glimpse of the economic and racial divides that plague the characters’ lives, but the story never goes deeper, even though the majority of the film and several musical numbers are devoted to explaining how divided the performers are from the rest of society.

After the stunning Keala Settle, the bearded lady, leads the cast in one of the film’s most powerful songs, “This is Me,” the circus performers embrace their individuality only to revert back into their shy and ashamed selves with no real explanation as to why. Meanwhile, Barnum leaves his family and circus to go on tour with an opera singer who never actually sings opera, leaving Efron’s character to tend to the show and its acts.

After kissing the opera singer in front of a sold-out show, Barnum realizes that he needs to be there for his family, so he comes home only to find the building where the show is performed has caught fire. In an ironic and quick chain of events, Efron runs into the burning building and is saved by Jackman.

The never-ending build up is crowded with complications. Just when Barnum loses everything, all of his problems are solved in song.

Like a broke college student, Barnum still manages to pay for bottomless drinks at the local bar. The circus performers and Barnum realize that they do not necessarily need all of the money in the world because they have each other. Could the ending get any cheesier?

I am all for embracing yourself for who you are, but the ending was rushed, cliche and overdone. Love, family and friendship always wins. I do not mean to rag on Barnum’s life, but if I were him, I would be a little disappointed in this film’s portrayal of the story.

Overall, I think this film would have been the greatest show if the filmmakers devoted as much time to the storyline and dialogue as they did to the music. As it is, “The Greatest Showman” is the clown in this circus.