Students stay Up ’til Dawn 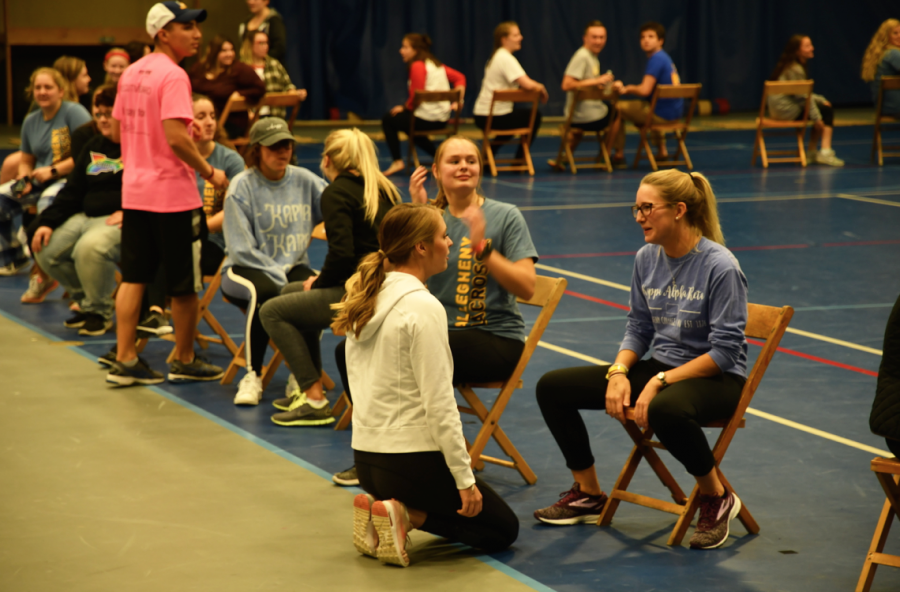 Allegheny students did not stay up until 3 a.m. studying for an exam on Friday, Nov. 3. Instead, they stayed up ‘til dawn as part of the annual fundraising event for St. Jude Children’s Research Hospital. Raising more than $31,000, participants came to the David V. Wise Center to partake in Up ‘til Dawn.

Event and Logistics Director Chelsea Contino, ’18, became involved with Up ‘til Dawn at the end of her sophomore year. She, along with other board members, was responsible for planning and organizing Up ‘til Dawn.

As a sophomore, Contino said she received an email informing her that someone recommended her to apply, so she did and went through an interview process to become a member of the executive board.

“I knew what St. Jude was, but I didn’t know as much as I do now,” Contino said.

After becoming a board member, Contino and Executive Director Caitlin Deubell, ’18, went to St. Jude for the Collegiate Leadership Seminar and were able to visit the hospital. By becoming more involved, Contino said her love for the organization grew.

Contino said raising money for St. Jude is important because the money is directly helping families and children who have been diagnosed with cancer.

“When you fundraise for St. Jude, when you donate to St. Jude, all that money is going to the families there, directly,” Contino said. “I think that is really important for a non-profit organization like that … You don’t have to worry about anything.”

The Up ‘til Dawn executive board consists of about 15 to 16 students each year. Each board member is responsible for raising $250, whereas participants are only required to raise $100. This year, the money raised broke records, and fundraising will continue until Jan. 15.

Up ‘til Dawn started on Allegheny’s campus in 2002. Ryan Reczek, ’03, was an Up ‘til Dawn board member and now works at the Pittsburgh branch of St. Jude. Contino said his executive board raised a little over $27,000, and last year was the first time that record was broken, as participants raised $28,001.

Alison Celigoi, ’19, is the Up ‘til Dawn communications chair. Celigoi became involved with Up ‘til Dawn through friends who share in her passion for St. Jude. She fundraised, helped plan and attended the event on Friday.

“St. Jude Children’s Research Hospital is important to me because they provide life-saving treatment to some of the most vulnerable  people. They ensure that no family ever receives a bill from the hospital,” Celigoi said. “They devote all their time and care into helping children fight and recover from terrible diseases.”

Up ‘til Dawn members want to continue to break the record for funds raised year after year, and Contino said she is excited to see more students getting involved with the organization.

“I’m really grateful that I found Up ‘til Dawn, and I’m really excited that we’re growing on this campus and that more and more people are seeing how awesome St. Jude is and wanting to fundraise,” Contino said.

“My favorite part of the event was when we were asked to sing a song that doctors and nurses sing to their patients who are healthy again and do not have to endure chemo anymore,” Long said. “It was so sweet and uplifting but emotional at the same time. The total amount raised by all teams was announced prior, so it made it feel like we personally helped the children beat cancer and we were singing to them.”

Long became involved with Up ‘til Dawn after a friend told her about the event, so she decided to start fundraising. She said the event resonated with her on a personal level.

“I was not entirely sure why I became so involved with St. Jude, but during the candlelight ceremony at the end, it all came clear to me,” Long said. “When I volunteered at a [physical therapy] center last year, I used to help a young girl named Anja who had cancer in her leg. She worked on her balance and stability by throwing a ball with me while standing on one leg. She was the reason I enjoyed waking up and going to volunteer. I loved playing catch with her. Unfortunately,   when I came home for Christmas break last year, my friend told me how Anja passed away because of the cancer. It broke my heart. I am not even sure if she would remember me to this day, but she left her mark on me. Anja is the reason I want to become a PT, so I can help children. During the candlelit ceremony, I instantly thought of Anja.” 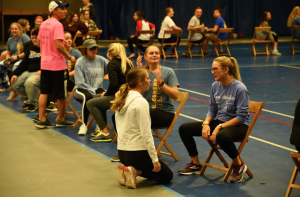