Women’s volleyball looks back in order to move forward 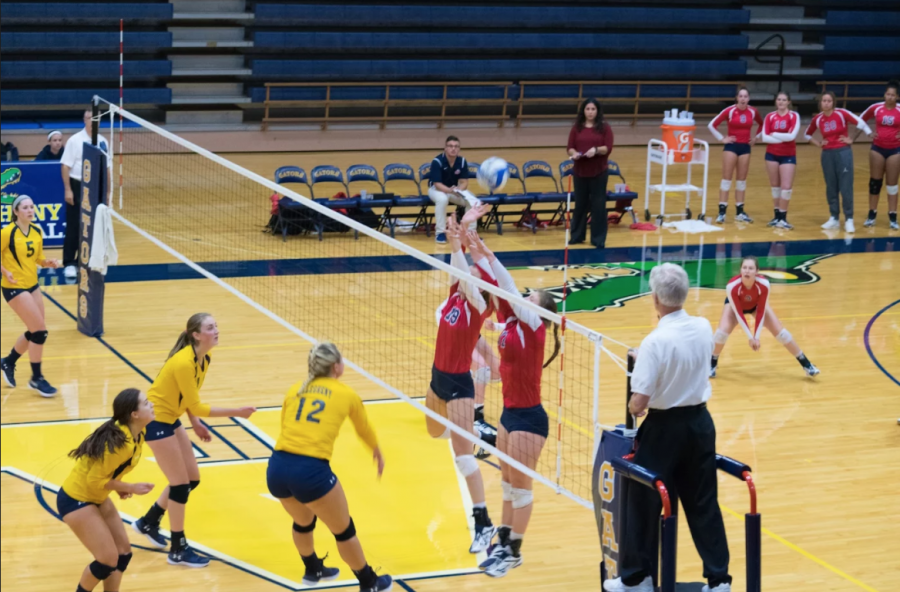 The women’s volleyball team is nearing the end of its season, but is hopeful that one last win, some inspiration from an old coach and strong senior leadership will be able to push them into post-season competition.

The team, under the direction of first-year coach Kelly Barzak, has already improved their record from last year — a success that coach Barzak attributes to a strong group of senior starters.

“They’re doing a really great job through leadership and working hard every day,” Barzak said. “They’re really stepping up their game these past couple weeks. It motivates everybody — to see their teammates playing at a really high level.”

Kylee Karczewski, ’18, said at first the coaching change was a challenge, but that the team is adjusting as the season progresses.

“It was difficult and frustrating, but moving forward we’re happy with the coach we have now,” Karczewski said.

Karczewski plays as a defensive specialist and is currently leading the team in Aces. She played under Sheehan for two full seasons, but recognizes that now is as good a time as ever to move forward — with respect and appreciation for everything Sheehan brought to the team over the years.

Forced to leave her position at Allegheny because of a diagnosis of fallopian cancer, Sheehan is a major reason the team is encouraged and motivated to play their best every day.

“She is an inspiration to Terra and the team because of the battle she is fighting,” Lisa Schall, mother of senior defensive specialist Terra Schall, said. She has attended most games — both home and away — during Terra’s four years at Allegheny and has followed the team closely.

The second annual Battle for Bridget game is scheduled for Thursday, Oct. 19. The event was planned as a fundraiser for the Barco Oncology Center at the Meadville Medical Center and as a show of support for Sheehan’s fight against cancer.  She will be inducted into the Allegheny Hall of Fame on Saturday, Oct. 21, as the winningest coach in Allegheny College history.

Even the younger players who did not get the chance to play for Sheehan said they understand how much she did for the program and the current juniors and seniors.

“The team is rallying together. They see the respect we give her as upperclassmen,” said Karczewski.

It is that same example set by the seniors that Barzak recognizes as being a major piece in pointing the team in the right direction for the future.

The team will play their final NCAC game of the season next Wednesday, Oct. 25 against Oberlin. Karczewski said she hopes the Gators can beat their conference rivals and continue their season into the playoffs.

“We have to get the energy from ourselves. Get the fire going, and get the win,” Karczewski said.