Microbiome Ark project to be part of In Case of Emergency 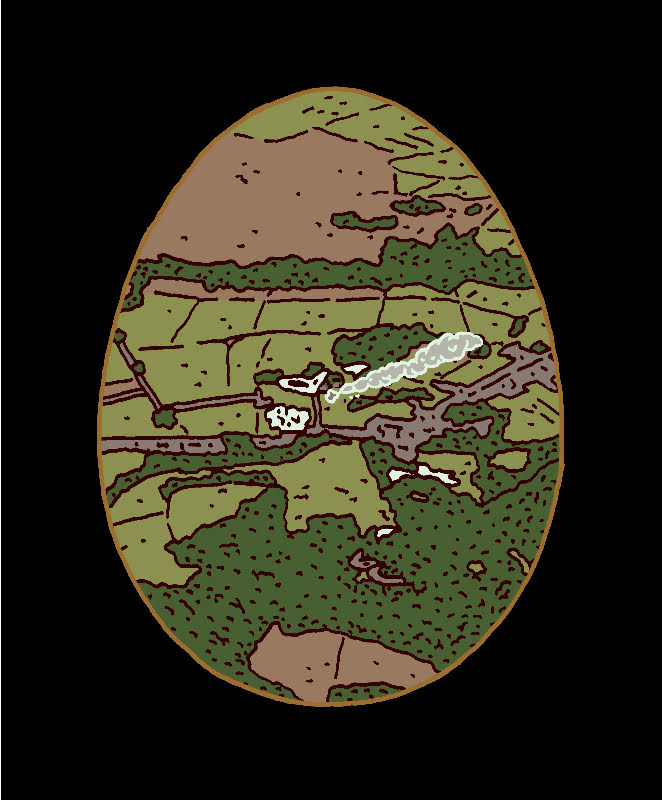 The M-Ark project will be part of the In Case of Emergency exhibit at the Science Gallery in Dublin, Ireland.

An explosive catastrophe eradicates life on Earth. Five thousand years in the future, a small satellite propels through the earth’s atmosphere and plunges into the depths of an ocean, delivering life once again.

Byron Rich, assistant professor of electronic and intermedia art, will present Microbiome Ark as part of the In Case of Emergency exhibit at Trinity College’s Science Gallery in Dublin, Ireland in October. M-Ark, a small satellite, is a current project among several recent projects in which Rich experiments with technology, biological art and ecological art.

“The general population, when they think about art, thinks about traditional media art, like painting or printmaking, or something like that,” Rich said. “But there’s this enormous field that uses science and techno-science to examine the ragged boundaries of potential emerging technologies.”

The science behind the ark relies on satellite technologies, programmed re-entry, microorganisms themselves and the idea of panspermia. Rich said panspermia theorizes that life as we know it evolved from microbial life on asteroids, meteoroids and other celestial bodies that crashed into Earth.

“[M-Ark] houses a freeze-dried human microbiome in a little ceramic case, the idea being that if we wipe ourselves out it crashes back into Earth and kickstarts panspermia again,” Rich said.

Artists, Rich said, have the capacity to recognize emerging technologies — for instance artificial intelligence or genetic engineering techniques — and think about their moral and ethical implications before they become embedded in culture.

Rich’s most recent work focuses on creating an awareness of how institutional power affects human and ecological bodies, including waterways, forests and agricultural fields.

Rich collaborated with artist Mary Maggic in 2015 to create Open Source Estrogen, an examination of endocrine, or hormone disruptors in ecological bodies.

“We had this idea of just looking into, or trying to make a project that kind of speculated on a possible future in which we’ve been so affected by these unnatural or hormone-mimicking compounds that come from agricultural runoff, fracking and pollution more broadly, and herbicides and pesticides,” Rich said. “What would happen if we started to harness these things — would we be able to use them as some sort of method of having more body sovereignty?”

Rich said the project used a transgenic yeast — genetically modified yeast — to detect estrogenic compounds in ecological bodies, particularly in water. Those compounds could then be extracted from the water and isolated using methanol.

Rich said the residues were incorporated into workshops to show people that these compounds exist even though they are not usually visible.

A spring 2017 sub-project of Open Source Estrogen, Avifauna of Estrogenic Paradise, also focused on estrogenic compounds in ambiguous areas of the earth.

“I’m really interested in national borders and where they extend to, so I combined that interest with Open Source Estrogen and produced this project that speculated on a future where we create this blimp that could theoretically travel into the high atmosphere and detect and extract these endocrine-disrupting compounds in regions that exist outside of national borders,” Rich said.

The blimp carries a set of sensors, including GPS and a yeast biosensor, so areas of high endocrine disruptor concentrations can be recorded, Rich said.

at the 2017 Ars Electronica Festival, which ran from Sept. 7 to Sept. 11 in Linz, Austria. Rich also delivered a lecture on Avifauna of Estrogenic Paradise in Plymouth, England in August.

Rich said some explosive catastrophe could theoretically be rectified by an artist-constructed ark, but that is not the whole point of M-Ark.

“It’s a ridiculous idea but it’s more or less to get people interested in the science behind microbiomes and also aerospace, because those are two things I’m super obsessed with,” Rich said. “There’s ethical concerns too about putting any living things into space that could spread to other places. It’s a huge concern for colonizing Mars or something like that — leaving microbial life on the planet that could somehow stay alive and pose a threat to anything that exists there.”

Ethical considerations also extend into how an artist constructs and creates, according to Amara Geffen, professor of art and project director of the art and the environment minor. Geffen said artists should take responsibility for the materials they use and how they use them.

“For me, the environment is not just grass, water and air,” Geffen said. “For me, it’s also our social spaces and political spaces. Is there anything artists can do besides make cool stuff?”

Artists can do more than create — they can play a major role in social communication, according to communication arts and environmental studies double major Elia Sherman, ’18.

M-Ark will be showcased at the Science Gallery Dublin until April 2018. In Case of Emergency opens Friday, Oct. 13.