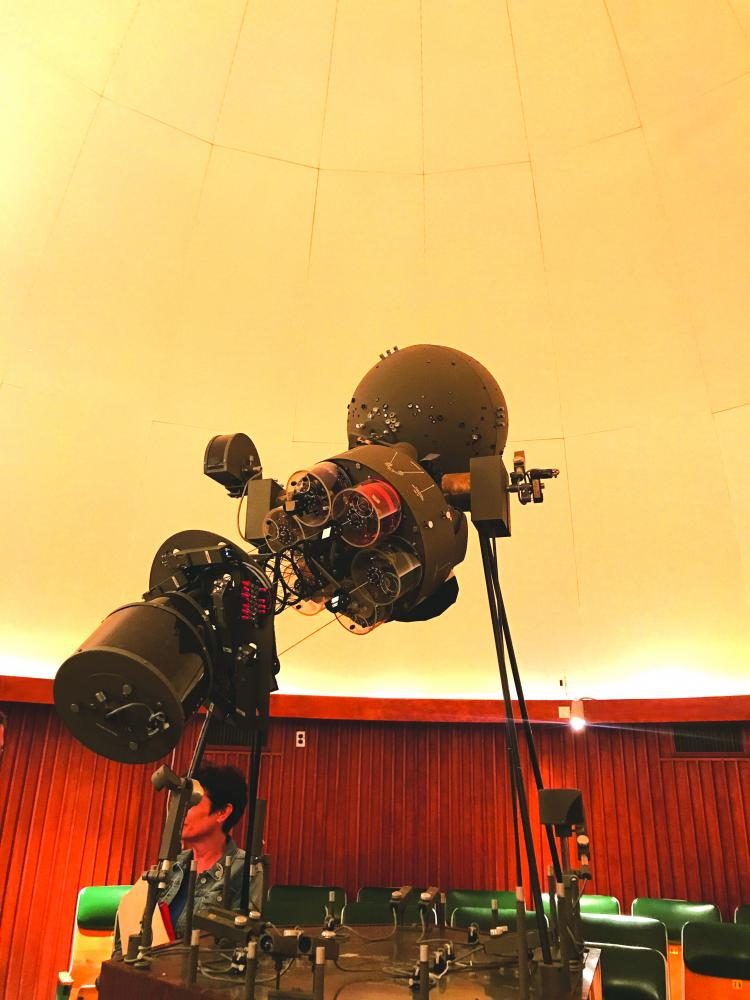 On Wednesday, Sept. 13, Jamie Lombardi, associate professor of physics, held the first talk of the Karl W. Weiss ’87 Faculty Lecture Series for 2017-18, called “A Brief Tour of the Universe.”

The lecture was held at the Wible Planetarium in Carr Hall, and was filled with people of all ages, ranging from young children to the elderly from the local Meadville community and Allegheny. The lecture focused on the basic but interesting and excitable information of our solar system, galaxy, the constellations and the universe.

The presentation started by presenting stunning pictures of celestial objects, like our own moon or the Milky Way Galaxy and progressing farther out until you were light-years away and left with cartoon images rather than actual pictures, since it was too far for today’s technology to capture.

“The universe is expanding at an accelerated rate,” Lombardi said.

Lombardi discussed the basic math showing the awe of distance in the expanding universe, like that what would be 60,000 miles for us to travel would be 0.3 light-years for light. A beautiful example is the Andromeda Galaxy which is 2.5 million light-years away. The distance Lombardi shows between our galaxy and the multiple other galaxies makes you wish that the USS Enterprise from Star Trek was an actual thing.

A part of the presentation included images of Saturn, one of which showed how tiny Earth looked from the planet. The images were recently transmitted from Cassini, a spacecraft with a mission focused primarily on Saturn.

“Beginning in 2010, Cassini began a seven-year mission extension in which it completed many moon flybys while observing seasonal changes on Saturn and Titan. The plan for this phase of the mission was to expend all of the spacecraft’s propellant while exploring Saturn, ending with a plunge into the planet’s atmosphere,” according to NASA’s website.

The Cassini Mission will end on September 15, 2017 with Cassini propelling itself into Saturn’s atmosphere and essentially disintegrating like a meteor.

“It was amazing to see how tiny we actually are in the universe. It was pretty cool to see what stars we can see here in Meadville too.” said Kris Smeal, ‘19.

Overall, the lecture was well-received by the students and members of the Meadville community. From talking about our solar system, to what might be out in space, hint it may or may not be aliens, the lecture was informative but also engaging for the audience. Its safe to say that the first lecture of the Karl W. Weiss ’87 Faculty Lecture Series of the year was a success.