Heffner, host of ‘The Open Mind,’ speaks on civil discourse in society 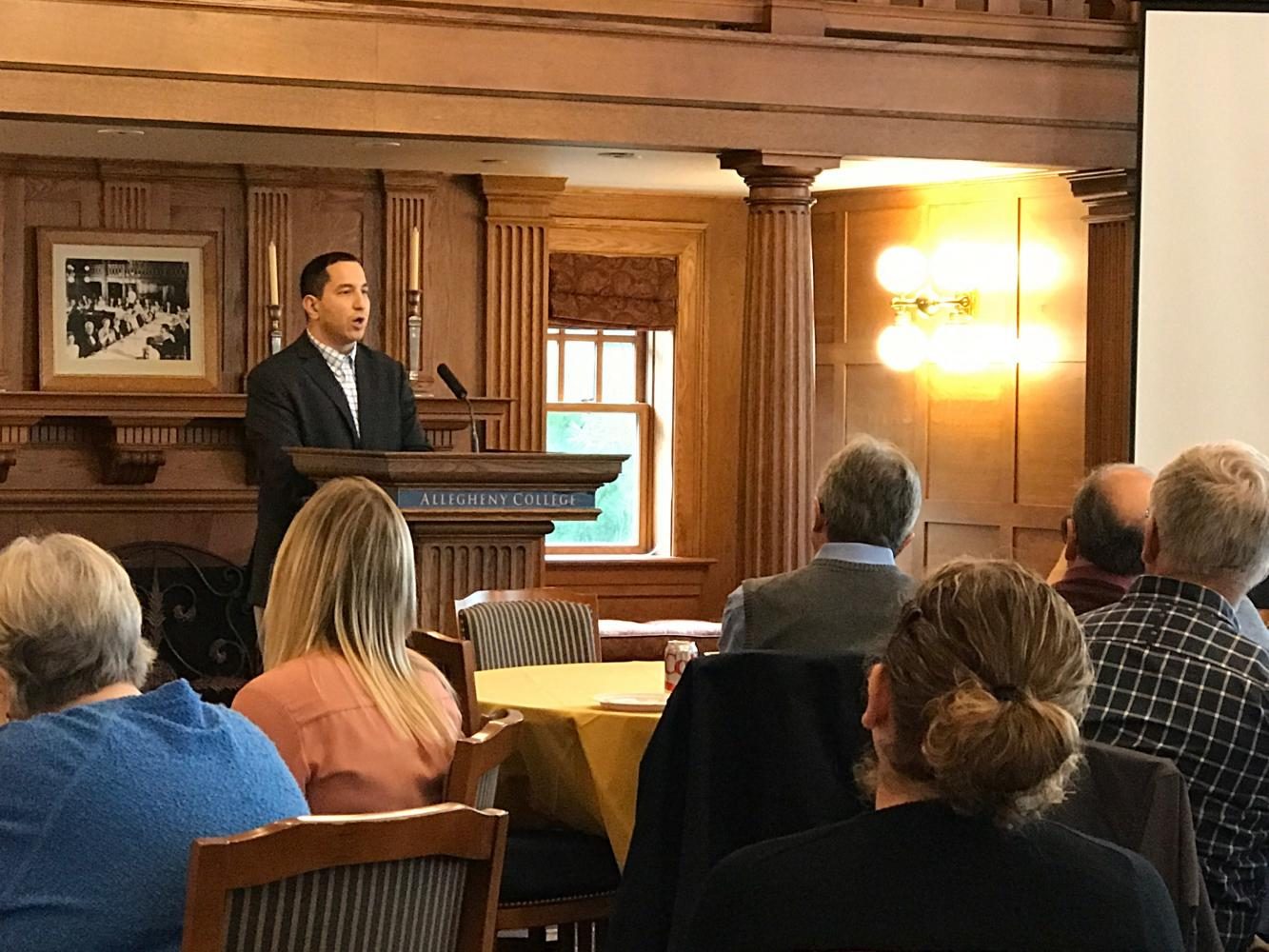 Host of the PBS show “The Open Mind,” Alexander Heffner, addressed students, faculty, staff and community members on Thursday, Sept. 7 in the Tillotson Room of the Tippie Alumni Center in a lecture focusing on civil discourse in society and the news media. Heffner’s visit was sponsored by the office of the President’s Office, the Office of the Provost, the Journalism in the Public Interest Department and the Center for Political Participation.

After his grandfather, Richard Heffner, passed away in 2013, Alexander became the show’s host. First airing on PBS in May 1956, “The Open Mind” turns 61 years old this year.

Heffner told members of the press during an interview session prior to his lecture that his PBS show does not try and “follow the herd” when covering the news, explaining the show tries to maintain a positive attitude towards social media, specifically Twitter and the constantly changing 24-hour news cycle.

Because social media platforms make news easily accessible to society, they provide anyone with the ability to tweet or post about current events. In order to address this reality and concern, Heffner said people should not take all things at face value and should be critical when reading the news.

“In order to reach people today, we have to be available across all mediums. There should be healthy skepticism,” Heffner said. “Stay true to your craft and be specific. We strive for something we call pro-social media.”

Heffner said his show sets a criteria to follow to be openly deliberate in order to create a discourse that promotes and encourages learning.

“There can be [a will] to come together,” Heffner said. “To me, it’s about the incentives which comes back to my show. You have to create a new paradigm with incentives. You can’t do that in isolation.”

Heffner said by promoting civil discourse, society can progress and move away from being grounded and fixated on one specific political stance. He said that “The Open Mind” stays true to its context, the guests and speakers that appear on the show.

Guests that appear on “The Open Mind” help showcase stories from different angles. Heffner said he tries to bring “fresh” guests to the show each week, discover a new generation of thinkers across disciplines and feature people who are not always showcased by the media.

Heffner said that it is important for news outlets to operate outside of the corporate world, adding that it is incredible to still have PBS.

“Let’s just say it’s a miracle and continues to be a happy and fulfilling one,” Heffner said.

“It’s important for a functioning democracy to deliberate,” Heffner said. “Civility can be the tool that we accomplish that disagreeably agreeing. It can also be that incivility that leads us to perpetually agree.”

Heffner used the conflict over Civil War monuments and statues as an example to show the need for civil discourse, dialogue and balance.

“History has moral implications but it is a record — unifying or disunifying — we have both aspects,” Heffner said. “It is one American history.”

Heffner said by focusing on political parties and attitudes of bigotry and obstructionism, a vicious cycle has been permitted to plague American democracy by inhibiting a civil discourse.

Provost and Dean of the College Ron Cole delivered the opening remarks, describing Heffner’s lecture as being “imminently timely.”

Heffner emphasized the meaning and importance of civility and discussed the bigotry from this past year’s presidential election.

“When you have a bigoted mindset, it precludes you from having an exchange that is thoughtful, deliberative and ultimately fruitful in what it yields,” Heffner said. “I took that cycle beginning with bigotry during the 2016 primary campaign when candidates were making clearly explicit references that could be interpreted as bigotry, although they were interpreted differently by different constituencies.”

Heffner used the most recent presidential election to illustrate a point, saying that Hillary Clinton’s comments about deplorables and Donald Trump’s comments about Mexicans and other ethnicities helped contribute to attitudes of bigotry. Heffner said that comments like those have contributed to Americans seeing only political parties rather than viewing people as Americans.

“That bigoted attitude is what has perpetuated a cycle of the incivility of obstructionism and our refusal to get along,” Heffner said.

Heffner emphasized the need for public discourse and dialogue that has become “absent” in American society. Focusing on political rhetoric and discourse, Heffner said that political speeches cater to specific audiences and parties, but they do not address America.

“There is not a single kind of resentment in the American psyche,” Heffner said.

If society does not have conversations and open dialogue, then the core of incivility will not be adderssed and the problem will only become worse, according to Heffner.

Cole closed the lecture saying he hoped the lessons Heffner had imparted would not be forgotten.

“I think what Alexander is bringing through his show and through his work is an understanding of how we arrive at common priorities for the common good and I hope to see that as an outcome through all the work that we do here and more broadly,” Cole said.

“The significance for us at Allegheny is some really helpful ideas to be thinking about for our program, about learning opportunities we’re providing for students about the ways that we communicate,” Harward said.

“The Open Mind” aims to bring people together to give them a chance to reflect and advance their own arguments, according to Heffner.

“There should be shows that attempt to bridge the political entrenchments,” Heffner said. “This is what America needs right now. We need thoughtful producers of content who have in mind something more than clicks and have something in mind more than likes and attention, scam artists. … I think our collective human capital translated on social media can make inroads, but it can’t completely override what I think is still the status quo.”