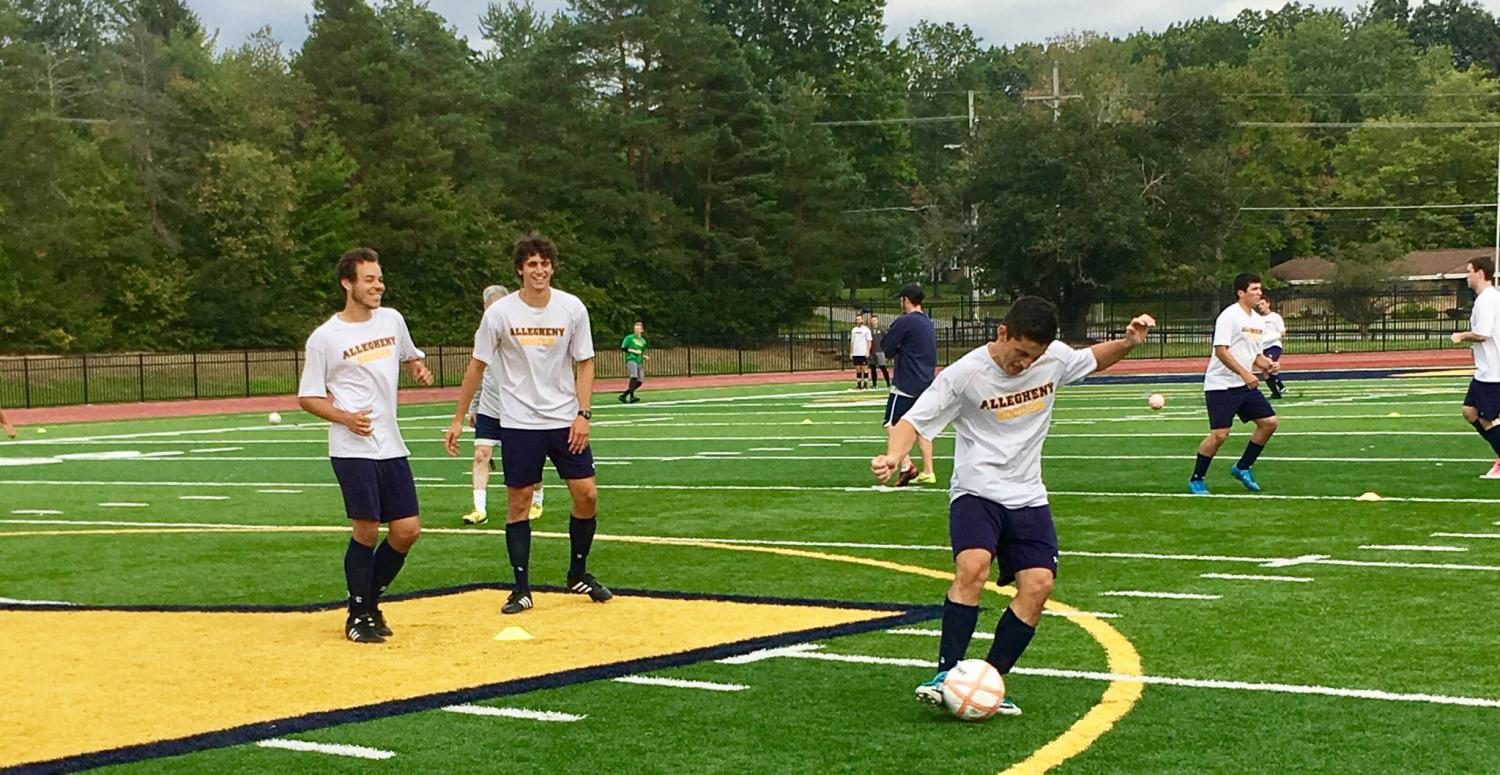 On the Allegheny Men’s Soccer team, six members are preparing to enter their final collegiate soccer season with both a collection of bittersweet memories and high expectations.

Hassan, from Seattle, started in all 18 games as a forward in the last season. Hassan is an economics major and a Middle East and North African studies minor.

“One of our team goals is to defend the home turf, or to stay undefeated at all our home matches,” Hassan said. “I’m looking forward to those games with my teammates.”

Entering his last soccer season, Miller, another starting forward, reflected on one of his first collegiate games.

“Our team defeated Penn State Behrend at home during my freshman season, and we had a huge crowd in the stand,” Miller said. “It’s still my favorite memory at Allegheny.”

Miller is a computer science major, a French minor, and is from Norwich, Conneticut.

From Woodlands, Texas and majoring in chemistry and minoring in psychology, Stekla will be returning as the starting goalkeeper.

Thakar of Beaver Falls, Pennsylvania will be positioned as a center midfielder this season, is majoring in religious studies, and is minoring in biology. Thakar made note of several favorite memories from his collegiate career, and the most prominent memory was his opportunity to play against the collegiate team his father coaches.

The men’s soccer team partakes in a multitude of activities together off-field, and are still in contact with one another in the off-season.

“I want our class to create new traditions this season and to set an example for the underclassmen to aspire to after we graduate, and are no longer members of this team,” Bryce Evans said.

Team captain Evans, a two-time All-NCAC selected athlete (2016 Second-Team, 2015 Honorable Mention) from Scottsdale, Arizona has high expectations of his teammates and for his final season. Evans is positioned as a center midfielder, is majoring in computer science, and minoring in Spanish.

“I most enjoyed the time I’ve spent with my teammates,” Twichel said. “Before preseason this fall, our team traveled to Canada to get some play in and to sightsee together.”

Full back, Twichel from Girad, Pennslyvania is majoring in neuroscience and minoring in English.

Beyond on-field memories, the Allegheny Men’s Soccer team senior class will miss the off-field outings with one another most. To begin this season, the Allegheny men’s soccer team will open against King’s College at 7 p.m. on Friday, Sept. 1 in Wilkes-Barre, Pennsylvania.

“We hope to make it to the NCAC tournament this season,” Miller said. “We also hope to win and become the conference champions, and it all starts with the very first game.”