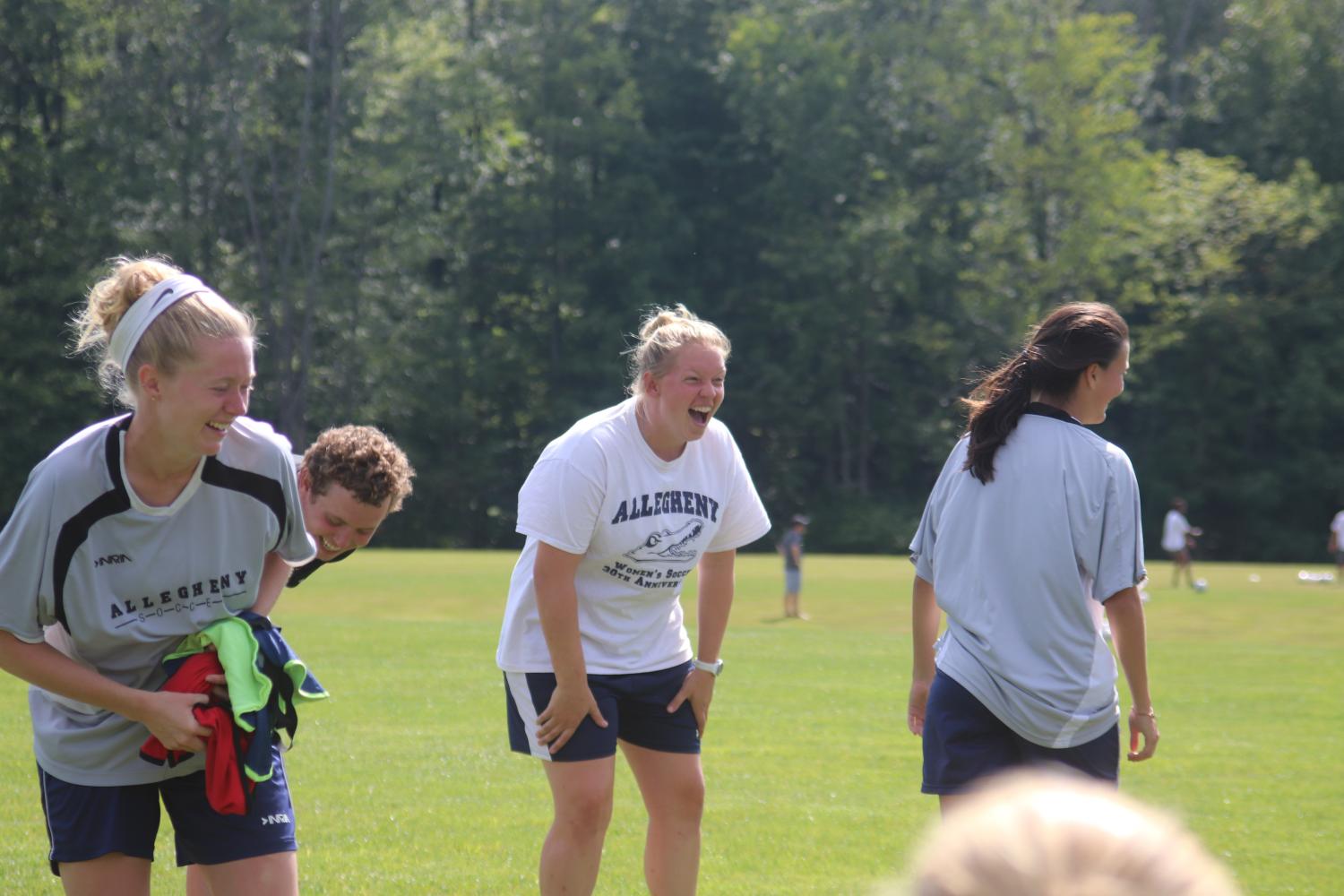 Kane joined the team’s coaching staff in April 2017, having previously served as an assistant coach at the State University of New York-Potsdam.

“[Kane] is a great addition to the coaching staff,” Beaty said. “Our coach understands the game and has consistently brought a new perspective to our practices so far.”

Prior to becoming an assistant coach at SUNY-Potsdam, Kane created and managed a number of soccer leagues, served as a coach on the high school level, and played collegiate soccer as an undergraduate at SUNY-Potsdam.

“He brings an amazing energy that pushes us to work harder and to perform at a higher level,” said Brooks. “All the while, we’re still having fun and enjoying the game.”

Kane described the Allegheny Athletic Department as welcoming, and is encouraged by the potential of his new team.

“My transition here was simple and my experience so far has been great,” Kane said. “Don’t sleep on the women’s team! We are ready to turn some heads in the [North Coast Athletic Conference] this year!”

Head Coach Pam Monnier is also anticipating stronger results from her team this year. Monnier equates the talent in the returning players and contributions of the incoming freshman class to the success the team has already had in preseason.

“Improvement is the name of the game for us this season,” Monnier said. “We will definitely be a young team but we have the opportunity to build our culture from the ground up. We are looking to make strides toward getting our program back into the NCAC playoffs and beyond.”

In Monnier’s interim season as head coach in 2016, the women’s team finished 6-10-1 overall and 3-5-1 in the North Coast Athletic Conference, a two game improvement from the previous season.

“I’m really excited to see how our team comes together,” Monnier said. “We have 12 freshman this season, and at this point we couldn’t be more happy with how they have acclimated themselves to the campus and the environment on and off the field.”

Brooks, Donohue and Beaty also expressed excitement for the large freshman class that will be joining them this season.

“It’s been a long time since we’ve had enough numbers to play to our full strength,” Donohue said. “I’m ready to get out there with my teammates again, and play to win.”

For the past two fall seasons, the women’s soccer team has been hindered by a shortage of players due to injury. The considerable incoming freshman class grants the team a greater sense of security.

“I’m most looking forward to what the freshmen can bring to our team; it’s a lot of new talent,” Brooks said. “I’m excited to see how they can help us achieve the goals we haven’t been able to have in recent years, like making it back to the [National Collegiate Athletic Association] playoffs.”

The last time the Allegheny women’s soccer team appeared in the NCAA playoffs was November 2014. The team hopes to qualify for the tournament again at the conclusion of their regular season.

“I’m upset my soccer career will come to an end after this season, but I am excited to close it out with some of my closest friends,” Beaty said.

With preseason coming to a close and their first game nearing, the team captains are confident in their team’s ability moving forward.

“The start of any athletic season can be difficult, but our team is determined,” Donohue said. “Everyone is becoming comfortable playing together again, and the chemistry of the team is building.”

The Gators will open their season Labor Day weekend at the Rachel Miller Memorial Classic in Rochester, New York. The women’s team will play Rochester Institute of Technology on Friday, September 1 at 2 p.m.