More magic and emotion in this tale as old as time 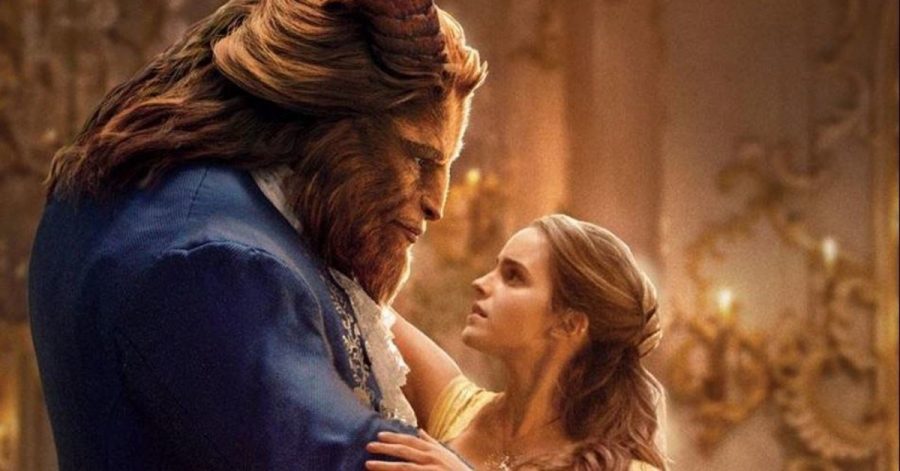 Director Bill Condon enchants audiences in “Beauty and the Beast” as he recreates the tale as old as time in the magical live action film released on March 17.

Emma Watson hangs up her Hogwarts robes and puts away her wand from the Harry Potter series, but “Beauty and the Beast” is equally as magical as Watson gives Belle’s character a voice, a mind and a spunky attitude that makes her a perfect role model for girls and women everywhere.

Since “Beauty and the Beast” is my all-time favorite Disney movie, I am clearly biased, but when I found out Emma Watson was going to be playing Belle, I could barely contain my excitement. Watson really is the perfect person for the role, and she does a fabulous job at portraying the character as a strong-willed, courageous and intelligent woman.

It is extremely difficult to separate oneself from such an iconic character like Hermione Granger, but Watson manages to carry Hermione’s independence, intelligence and bravery into her role as Belle. Still, I was able to watch the movie without thinking to myself, “that’s Hermione Granger.”

Although there were not any moments where I was dazzled and awestruck by Watson’s acting capabilities, I was still impressed by her ability to really step into her role and give Belle more depth by effectively conveying emotion and connecting with audience members as if they were experiencing the story for the first time all over again.

Going into the movie, I was afraid the filmmakers were simply going to recreate the story with no surprises, but the 2017 film takes “Beauty and the Beast” further by giving audience members a glimpse into both Belle and the Beast’s pasts.

I had never given the whereabouts of Belle’s mother much thought as a child, but this version of the story answers the question nobody thought to ask. Apparently, Belle’s mother died of the plague, forcing Belle and her father to flee their home in the city of Paris in order to protect themselves from the disease, an action Belle’s father has never been able to talk about or forget.

First impressions matter, and the Beast comes off as a cruel and monstrous character. In the original Disney film, audience members are forced to assume that he was just spoiled and selfish. However, in this version, we learn that the Beast’s mother also passed away, leaving him to be raised by his cold and harsh father.

Condon’s “Beauty and the Beast” uses the same basic plot but goes deeper in a way that makes the film more emotional and able to capture the attention of those who grew up watching the animated Disney movie.

The special effects alone are sure to make your mouth drop as the dishes sing and dance to the familiar song, “Be Our Guest.” There is no doubt that you will feel like a kid again while watching this movie.

The Beast’s costume is spectacularly terrifying and realistic, but Dan Stevens manages to give him a sarcastic appeal that makes you fall for him alongside Belle.

Luke Evans is the villain we all love to hate as he dominates in his role as Gaston. He portrays the chauvinistic, narcissist pig perfectly, and I mean that in the best way.

“Beauty and the Beast” does not shy away from violence either. Rather than having a physical dispute between Gaston and the Beast, audience members are forced to watch Gaston shoot the Beast three times before the self-centered villain falls to his death.

Although I knew how the story was going to end, I could not help but shed more than a few tears as the last petal fell and the houseware turned to statues.

Be my guest and go see “Beauty and the Beast.” It is a tale as old as time with a twist. It goes deeper and plays with your childhood heartstrings, and I left the theater crying and feeling nostalgic for my youth. “Beauty and the Beast” makes you feel like a kid again in the best possible way.