Jasmin Wagner reflects on her year at Allegheny

Wagner shares her culture and traditions with the campus community 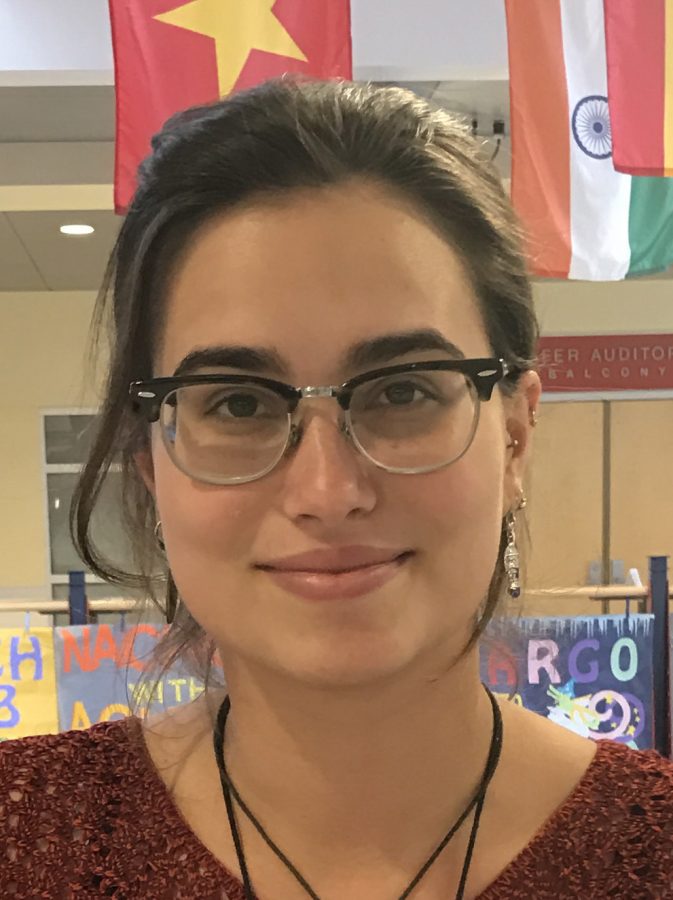 Studying English and German at the University of Cologne in Germany, Jasmin Wagner was the only candidate chosen to travel to Allegheny College to work as a German teaching assistant this year. Although she has traveled throughout most of Europe, Wagner had never been to the United States, and she was thrilled to have been chosen to teach at Allegheny.

“Once you go abroad, you start looking for other places to go because you have this urge in yourself to see other places,” Wagner said. “A former teaching assistant who taught here had a class with me in Germany and told me I would be perfect to go to Allegheny. I never thought I would get here, though. I appreciate the program a lot.”

Upon reaching Allegheny, Wagner said she experienced  culture shock, especially in her classes.

“College here is so much more like school than in Germany,” Wagner said. “Professors are much more personal, whereas in Germany you have to talk to your professor’s secretary first, and then — maybe — you can talk to the professor. Everyone here is also so helpful. They helped me fill out paperwork when I first got here, which was nice. I didn’t feel alone. I have a small family here.”

As a teaching assistant, Wagner has several tasks given to her by Professor of Modern and Classical Languages Peter Ensberg and Assistant Professor of Modern and Classical Languages, Julia Ludewig. Some of these tasks include managing the German house and community, holding live lab sessions for first-year German classes twice a week and organizing campus-wide events such as Oktoberfest.

“She really is the bridge between us — the professors — and the students,” Ludewig said. “She really creates a welcoming environment for people to feel at ease as much as possible with the language. She’s also someone who makes the idea of going abroad tangible since she is a very important person with a story to tell.”

A few of the qualities Wagner has demonstrated during her time as a teaching assistant have included open-mindedness, patience and creativity. Ensberg said it is also important for all teaching assistants to remember that they are students as well, and Wagner has excelled at  that.

“She is enthusiastic, intelligent and reliable,” Ensberg said. “She is a student herself, so when we grade at the end of the semester, Jasmin must maintain a level of integrity, and she does a fabulous job there.”

As a resident of the German house, Wagner lives with four American students. Her roommate, Hayley Eckhardt,  ’17, said that the pair have fun together and share many inside jokes.

“Her English is really great, but she sometimes adds articles in certain places that I think are really funny,” Eckhardt said. “For a Christmas present for me, she embroidered words onto a pillow that said, ‘Can I have a gum,’ which is a phrase I tease her about.”

“It sounds generic, but just be true to yourself … Yes, you want to  assimilate to the culture here, but you don’t want to lose your roots in any way. We’re all about inclusion and immersion. And I think Jasmin is a perfect example of that,” Eckhart said.

As for her time in the U.S., Wagner said she has enjoyed herself, especially when learning about the cultural differences between the U.S. and Germany.

“The biggest lesson I’ve learned at Allegheny — since everyone lives together and sees each other all the time — is that friendships are so much more valuable than I realized in Germany. Everybody is like, ‘You’re my new best friend, and I like you.’ In the end, I think it helps people connect, even if it isn’t always sincere,” Wagner said.

Although Wagner loves the time she has spent at Allegheny, she has encountered a few challenges.

“I think I have a good relationship with all my students because I’m in their age group,” Wagner said. “When last semester ended, I got a lot of feedback, which was very helpful, but there were some students who found it hard to be my friend while respecting me at the same time.”

However, Wagner said one of her favorite aspects of her position as a teaching assistant has been seeing her own culture through new eyes. She said she has enjoyed the process of hosting events in celebration of her German culture, because she was able to acknowledge different aspects of her culture that she had been ignorant to prior.

“Americans are very good at hyping things,” Wagner said. “If you tell them even a little thing about your culture, they’re like ‘This is great!’”

Although she originally planned to teach in Germany, Wagner said she has been considering teaching elsewhere after coming to Allegheny.

“I really love teaching here,” Wagner said. “I think the experience of Allegheny showed me there was much more in the world. I could even be a professor. In the end, you never know what you’re going to do with your degree.”