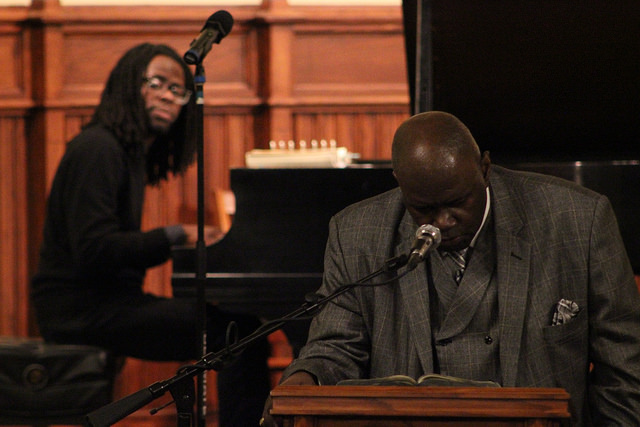 Faith Week, according to College Chaplain Jane Ellen Nickell, has been an annual event at Allegheny since before she arrived at the college 11 years ago. She said while the name has changed from Religious Awareness Week, the idea behind the event has remained the same.

“The students in all different groups host some kind of event—usually around a theme—and we just try to be more intentional about inviting people from the campus community,” Nickell said. “This is a week where we try to get more awareness on campus about the religious life that is ongoing.”

The theme for this year’s Faith Week is “Melting into Mindfulness.” Nickell said the fellowship typically tries to tailor the theme of the week to fit with the college’s yearly theme. The theme of the 2016-17 academic year is the Year of Mindfulness.

Nickell said in order to go along with the theme, several groups on campus are stressing meditation, often in conjunction with prayer. On Tuesday, Feb. 7, Allegheny Christian Outreach hosted an event in which participants were lead by Joanne Spence, a yoga instructor, in a “whole body prayer.”

Also along the theme of mindfulness, Hillel hosted an event with guests from the Arava Institute for Environmental Studies, for Tu B’Shevat Seder, which marks the new year for trees on the Jewish calendar.

In addition to the incorporation of this year’s theme, President of the Interfaith Fellowship Zach Shomo, ’18, said the fellowship has made an effort to include different types of campus and community groups in the week’s events.

“We have expanded this year to not just the main [faith-based] groups on campus,” Shomo said.

On Wednesday, Feb. 9, the Association for the Advancement of Black Culture hosted a Black History Month Church Night in Ford Chapel. The event brought pastors and musicians from predominantly black churches in Meadville and the surrounding area to campus to speak and perform.

Nickell said finding ways to collaborate with local black churches is something that she and the fellowship have been working on.

The purpose of the event is to try and build better understanding of different faiths on campus, according to Shomo. He said it is also a way to build acceptance and a sense of community on campus.

“I think the hope is every year that people learn about the different religions on campus and that there are opportunities to engage with them. It’s nice to see new faces and to bring them in and show them that we have this whole network that is here for everyone,” Shomo said.

Adrienne Krone, assistant professor of religious studies and director of Jewish life, serves as the adviser to the fellowship and helped to organize the week’s events. She said the event helps bring people together and celebrate difference, particularly given political rhetoric over the last year.

“I think it’s more important than ever for our religious groups to talk to each other, and keep talking to each other and keep learning about the people we share this college, this town, this state, this country, this world with,” Krone said.

On Saturday, Feb. 11, the various faith-based groups on campus will gather at 2 p.m. in the campus center lobby to celebrate the Mid-Winter Festival, which marks the halfway point to spring.

At 4 p.m., Faith Week will conclude with an interfaith prayer gathering in support of the Standing Rock Sioux Reservation and its people’s continued fight against the construction of the Dakota Access Pipeline.