Team focuses on attitude for rest of season 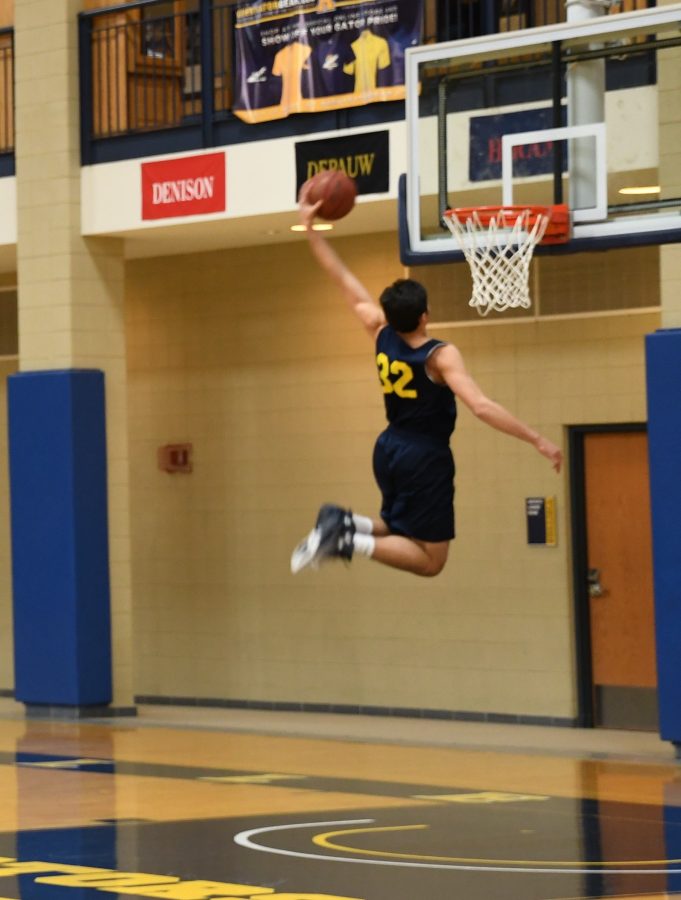 The Allegheny men’s basketball team came up short against the Hiram Terriers on Saturday, Jan. 28, at Hiram College with five games left in the regular season.

Despite trailing the Terriers by only 10 points at the half and shrinking the deficit to single digits twice in the second half, the Gators lost 69-57.

“Even though we didn’t come away with a victory, Coach [Bob Simmons] emphasized to us after the game that everyone who got in played with heart and with effort, and that’s all we can ask for,” said captain Evan Zabriski, ’17.

Allegheny outscored Hiram in points close to the basket 38-23, but Hiram’s plethora of three pointers and successful free-throws were enough to push the Terriers to victory. The Gators were also beat in rebounds 47-35.

“I think the rebounding down the stretch really hurt us,” Zabriski said.

At the start of the second half, both teams were shooting 42 percent from the field and the score was 42-32. The Terriers pulled away with a lead of 19 points until the Gators fought back, diminishing the deficit to nine points after baskets by Zabriski and Jordan Rawls, ’20, with 4:02 left in the game.

Unfortunately, the Gators could not close the gap after that. Hiram hit five free-throws to secure the win.

The loss dropped Allegheny to ninth place in the NCAC, trailing Kenyon College and Wabash College, who are tied for seventh, by only one win. To earn an NCAC conference bid, Allegheny must finish in the top eight of ten teams in the league.

Head Coach Bob Simmons said that in the future, he wants his players to focus on each practice and each game as it comes instead of the impending conference tournament.

“When we focus on today, we really focus on two things: our attitude and our effort,” Simmons said. “When we get to the end of the season, we’ll figure out where we fit in.”

The road to an NCAC conference bid may be uniquely challenging for the Gators this year because over half the team’s players are first-year students. However, this has not stopped the young players from making an impact. This season, two of the three lead scorers, Rawls and Jamison Nee, and two of the three lead rebounders, Rawls and Brendan O’Toole, are first-years. Additionally, four of the five players with the most playing time are underclassmen.

Rawls said he believes the first-years have matured over the course of the season.

“We have definitely become smarter on offense. We understand the game flow and pace of the college level now,” Rawls said.

Rawls said he sees a difference in his own confidence level when looking back at tapes from the beginning of the season.

“We’re trying to put our name on the map for Allegheny,” Rawls said, “I’m proud of us for taking a history of a basketball team that isn’t doing well and trying to get us into a playoff standing.”

The Gators’ weekend competition starts Friday, Feb. 3, at 6 p.m. against DePauw University in the David V. Wise Center and continues at home against Wabash College on Saturday, Feb. 4, at 3 p.m.