Discover new magic in ‘Fantastic Beasts and Where to Find Them’ 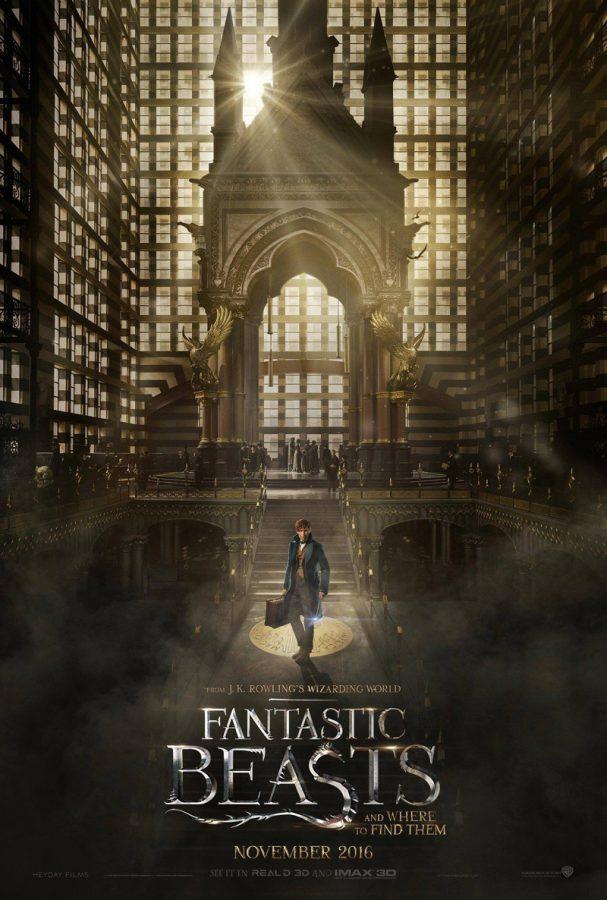 Nifflers, magic and Americans, oh my! J.K. Rowling and director David Yates return to the big screen to stupefy Harry Potter fans and newcomers in “Fantastic Beasts and Where to Find Them.” Released on Nov. 18, 2016, the film gives viewers a global and unique look at the wizarding world without bombarding them with exclusive references to the original series.

“Fantastic Beasts” takes place in 1926 during the Prohibition in New York City. British wizard Newt Scamander arrives at Ellis Island with a mysterious suitcase that is filled with contraband magical creatures eager to escape. Scamander is on a mission to return a massive Thunderbird to Arizona, but runs into a few bumps along the way.

The wizarding world is different in America. The plot is filled with jokes about the American rules and standards witches and wizards are held to. If you think back to the Salem Witch Trials, Americans have been notoriously wary of witchcraft, so the Magical Congress of the United States of America bans all magical beasts from being brought into the country.

To add to the drama, Scamander stumbles into the middle of a meeting of the New Salem Philanthropic Society, an extremist muggle group whose goal is to find, expose and kill all the witches and wizards who are living among them.

Their meeting, which is being held outside of a bank, is interrupted when a “no-maj”—short for no-magic—named Jacob Kowalski kicks Scamander’s suitcase over while making his way inside. In the process, one of Scamander’s creatures is set free and wreaks havoc in the bank where Kowalski witnesses Scamander’s magic abilities.

Kowalski escapes before Scamander has the chance to erase his memory, accidentally taking Scamander’s suitcase on his way. Before Scamander realizes what happened, he is stopped by MACUSA employee Tina Goldstein, who takes Scamander to the MACUSA headquarters for punishment after watching the events in the bank.

Tina attempts to get Scamander in trouble for bringing unwanted attention to the wizarding world; however, viewers learn that Tina is not on the best of terms with MACUSA officials because she overstepped her boundaries by confronting Mary Lou Barebone, the leader of the Second Salem-ers, for abusing her adoptive son, Credence.

Tina’s superiors laugh when she opens the suitcase only to find an assortment of Kowalski’s pastries. Tina and Scamander leave. By the time they find Kowalski, they discover that he has opened the suitcase and let the creatures free. They begin their journey to retrieve all of the missing creatures with the help of Tina’s sister, Queenie.

Their mission collides with MACUSA, the Second Salem-ers and other non-magic Americans throughout the film only to conclude with a cliffhanger ending that’s just enough to leave audiences begging for more.

The special effects dominate the film. Each magical creature is unique and extremely realistic. However, “Fantastic Beasts” fails to develop relationships between the characters and provide sufficient background information on Scamander.

The plot breaks to offer uncomfortably placed comments about Scamander’s love interest, which feel as if they were thrown in as afterthoughts necessary to stay true to the book the movie is based on.

Eddie Redmayne stuns in his role as Scamander, offering just the right amount of adorable awkwardness and charm. His growing friendship with Kowalski and his devotion to each of his creatures will make you swoon.

The film’s ending is equally as impressive as those in the original “Harry Potter” series, and I am confident that Rowling’s screenplay will only improve with future installments. This film makes up for the disappointing book “Harry Potter and the Cursed Child” because it does not try to live up to the series. Instead, it is set in the same world but has its own identity and plotline.

Although this film takes place in the same world as the Harry Potter franchise, it is uniquely different in that it paints a picture of what problems witches and wizards were faced with before Lord Voldemort came along.

Although the movie may appear to be geared towards children because it is about a bunch of magical creatures running amok in New York City, “Fantastic Beasts” takes on mature issues that the Harry Potter generation can relate to.

Rowling and Yates explore the relationship between those in power and people who are characterized as “different.” I don’t want to give too much away, but in this movie, magic and non-magic villains who are cruel and unaccepting bigots get what’s coming to them.

“Fantastic Beasts and Where to Find Them” gives Potterheads more detail, more history and much more magic. Newcomers are more than welcome to bask in the magic and are sure to fall in love with the enchanting plot.

This film will make you laugh, cry and leave you wanting more. It will make you quote Kowalski when he says, “I want to be a wizard.”