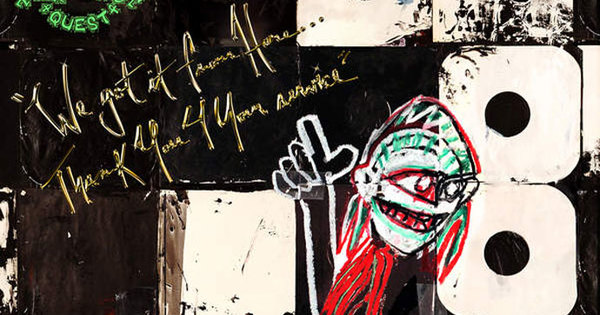 For over 25 years, they have been entertaining us with their groovy rhymes and rhythms. Malik “Phife Dawg” Taylor, Kamaal “Q-Tip” Fareed, Ali Shaheed Mohamed and Jarobee White brought an original sound to hip-hop fans when they started producing music. What they brought was a sound that revolutionized the hip-hop industry, using jazz samples that ended up becoming a prominent trend with other hip-hop artists in the ’90s.

Their first studio album, “Low End Theory,” came out in 1991 and brought their style to the forefront. In a time where gangster rap was dominating the rap industry, they brought a smooth and conscious flow to hip-hop. They were not the first to speak about problems in inner cities, but the way they did it they made people in black communities feel like they had a voice. They began promoting ideas of afro-centricity, messages of black unity and the higher education of African-Americans. This became the main theme of all their albums.

The final album, “We Got It From Here…Thank You 4 Your Service,” is a culmination of all their works. They released it as a dedication to Phife Dog following his death.

I believe this is their best album since “Midnight Marauders” was released in 1993. This album has a lot of meaning in a time when the deaths of black people are at the forefront of the news. The album addresses today’s culture, how we are becoming blind to societal problems and how we need to wake up and recognize institutional issues in our country like mass incarceration and wage gaps.

This is a revolutionary album that is a product of its environment, an environment in which feminism and criminal justice reform have been the main topics of conversation.

Their unapologetic style reflects what a lot of Americans are feeling post-election as their government has let them down. This album is one that speaks for the voiceless, the ones who are not able to get up and protest. Those people can look at this album as a representation of themselves, a person that is dissatisfied with the system and looking for real change, not what we’ve had for the past two presidencies.

For people who are not really familiar with hip-hop music, this album is a great way to get into the real reason why rap was created, which was to create social change and give people a perspective from the eyes of the historically disenfranchised.