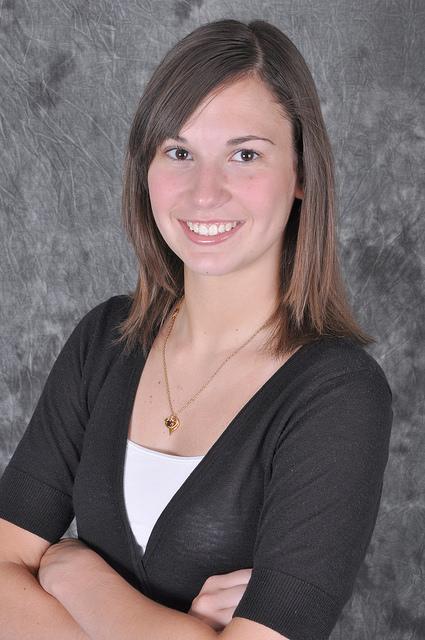 Abigail Lombard, ’16, will be spending her final semester at Allegheny in Harrisburg, Pennsylvania as part of a 13-week internship through the Pennsylvania House of Representatives. As part of the fellowship, Lombard will work with a committee chairperson, draft bill analysis and draft a piece of legislation.

Lombard, a political science and history double major, was one of five fellows selected for the experience. She is the second Allegheny student to be chosen for the fellowship in the last two years. Pasquale DiFrancesco, ’15, was the first to receive the fellowship during the spring of 2015.

Though this will be her first experience with state level government, Lombard has experienced different levels of political work. She started working with her local county executive when she was 16. She has also spent time working in the district office of a congressional representative.

Lombard said it was partly because she had never had an experience with state government that she applied for the fellowship.

“I didn’t have anything at the state level so I wanted to fill that circle,” Lombard said.

What drew Lombard to the fellowship was the chance to actually draft a piece of legislation. She said this is something that her other experiences in politics lacked.

“I haven’t been able to call something my own,” Lombard said.

In addition to having a chance to create her own piece of legislation, Lombard said the chance to see how power works at the state level was also a chance to supplement her academic studies with something outside of the classroom.

“I hope to use the experience from this fellowship to root my knowledge in something else,” she said.

Lombard originally found the fellowship through Patrick Jackson, national fellowship adviser and visiting assistant professor of history, religious studies and philosophy. Jackson said he first heard of the internship from DiFrancesco, who had a positive experience with the fellowship.

“The thing Pat [DiFrancesco] talked about when he got back was access,” Jackson said. “He got to have meetings with very high up officials.”

Jackson said when the application for the spring semester program opened, he immediately thought of Lombard because of the level of experience she already has in politics.

“I just thought she would be a great fit for the legislative fellowship,” Jackson said.

Lombard said she has some misgivings about leaving, but feels it will be a good experience.

“It’ll be hard to leave my friends and my Allegheny family…but I know it will be a successful experience,” Lombard said.

Lombard explained her comp will examine the history of volunteer fire departments in the United States and whether they are continuing to be effective today. With this topic in mind, Lombard said she is hoping to be assigned to the Emergency Preparedness Committee.

Assistant Professor of political science Zachary Callen, who, along with Associate Professor of history Ian Binnington, are Lombard’s senior comp advisers. Callen said he feels the fellowship will largely benefit Lombard’s comp and may even help to add a new dimension to it, by grounding it outside of the classroom.

“I think often for comps that are about contemporary issues it can be a great benefit,” Callen said.

Lombard learned she was accepted as a fellow about two weeks after fall break. Around the same time she received a job offer from Deloitte Consulting. She said she hoped the fellowship will help her to expand her knowledge beyond the classroom as she prepares to enter the professional world.

“I hope to use the experience from this fellowship to root my knowledge in something else,” she said.