Spence is considered a Global Nomad, meaning she holds at least dual citizenship. She is a citizen of Australia, the United States and the United Kingdom. She is a degree-seeking student who is looking to major in global health and community justice.

The Campus: What languages do you speak?
Spence: I speak three different types of English. I’m working on my Spanish. And hopefully, I would like to learn Mandarin.

The Campus:Why did you choose an American institution rather than an international institution?
Spence: I was planning to go to school in Australia but my mom didn’t want me to. Both of my parents generally requested that I stay in the country. So I respected their wishes. For grad school I am definitely planning to skedaddle—probably the U.K.

The Campus:What is the biggest difference between the culture you most recently experienced (United Kingdom) and Allegheny culture?
Spence: The built in times for tea. Tea is mandatory at least five times a day. And that is not mandatory here. Tea time is the most important meal of the day. 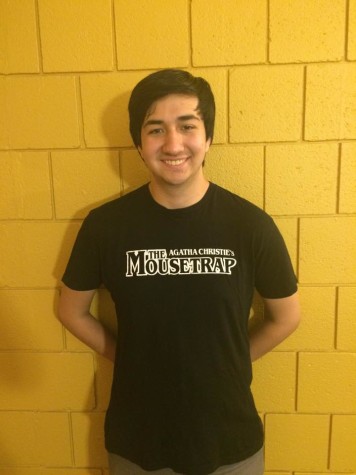 Van Rosendaal is also a Global Nomad. He is a citizen of Japan, the United States and the Netherlands. Van Rosendaal is a degree seeking student who is undecided on his major but is interested in history, political science, international studies and theatre.

The Campus: What languages do you speak?
van Rosendaal: I speak Dutch, French and English. I know a little bit of German, Greek, Japanese — everything really.

The Campus: Why did you choose an American institution rather than an international institution?
van Rosendaal: It was mostly because I didn’t know whether I wanted to run away from home just yet. I kinda felt like I should stay in the U.S. and get my education here. I wanted to stay in the U.S. for a little longer. Also, because of liberal arts. Liberal is a very big part of this because liberal arts does not exist across the pond. It is just degree seeking —  if you decide to major in law, that is it, you major in law. Whereas here you can mess around, experiment and that is a lot of fun because I don’t want to settle down with an occupation yet.

The Campus: What is the biggest difference between the culture you most recently experienced (Vienna, Austria) and Allegheny culture?
van Rosendaal: You are much nicer here. In Austria, if you tried to talk to someone on the street or asked someone how they were, they would give you a look like, “What the hell are you doing?” or “How dare you speak to me — how dare you acknowledge my  existence.” Whereas here it is considered commonplace — considered rude if you don’t do that.