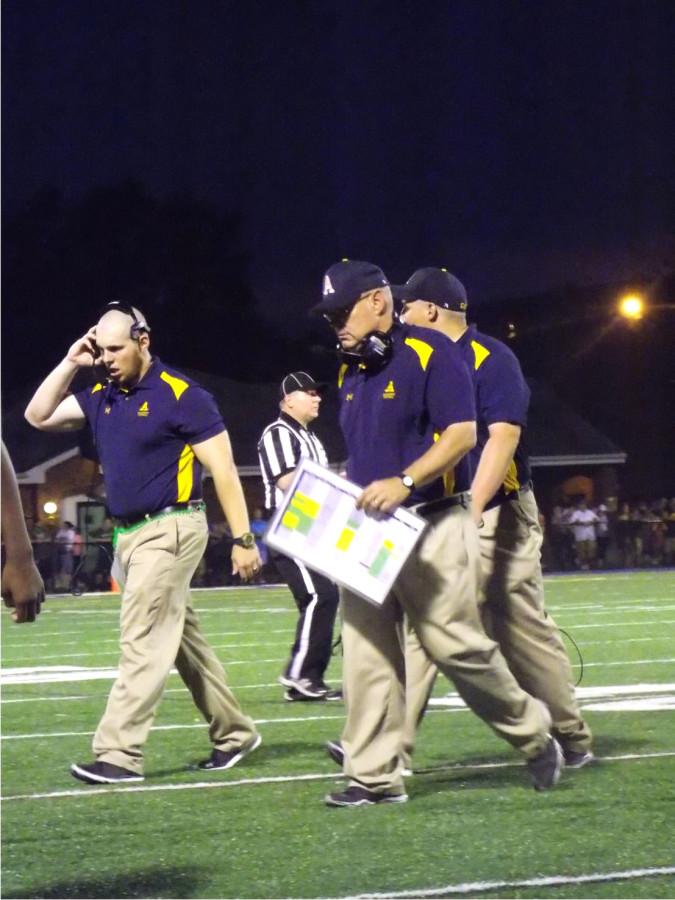 Cody Schultz, defensive line coordinator and Head Coach Mark Matlak walk off the field after a 37-21 Gator loss to Thiel on Saturday, Sept. 5, 2015.

“Our team responded well even when Thiel scored. We didn’t put our heads down and defense improved in the second half,” said Nick Murgo, ’18.

Murgo is coming back to the team as the NCAC Newcomer of the Year of 2014, and started this season with 10 tackles.

Coach Mark Matlak said the team played a good first half of offense and a better second half of defense.

Through the first half, the team was able to score three touchdowns before falling behind in the second half without scoring any additional points.

Murgo said defensively the team gave up a big play too many times and has to be more physical as a team.

“We were challenged by their quarterback’s ability. He was a really good runner and he created a lot of problems for us. Offensively, trying to string two halves together, we were a little disappointed in the second half. We had a really good first half and we need to be more consistent,” Matlak said. 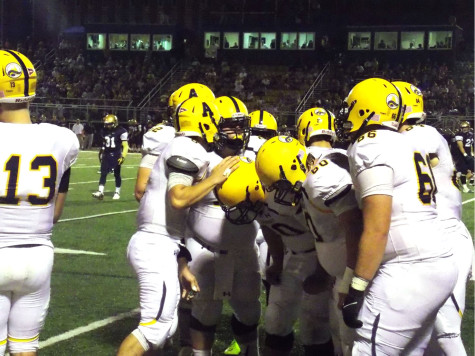 Logan Battin
The Gator football team huddles during the game at Thiel College.

The team is using practice to improve their technique as a small team.

“We are a smaller team so we have to make sure our techniques and skills are good and we are continually moving the ball on offense,” said Tyler Smith, ’16.

Smith earned the spot of sixth highest yardage in team history during the Thiel game, gaining 260 all-purpose yards, including 170 yards receiving. This was the most yardage for the Gators since Terry Hartford gaining 185 yards in October 2009 against Denison.

“It’s pretty awesome,” Smith said. “I wish I could’ve done more for the team, but it was cool to have a good game as the first game of senior year.”

“We got the nerves out in this game and we learned the major flaws we can correct in practices,” Murgo said.

Smith said the team can take what they learned as a team and what they were good at and build on those lessons.

“I think you always reflect back on what you did well and what you need to work on, and then you clean up the problems that you had and you move forward and focus on your next opponent,” Matlak said. “You have to have a pretty short memory, I think, when it comes to all these games. You can’t get into the dwelling game, you have to look forward.”

The team is working to build off of the Thiel game as they prepare for their next game. 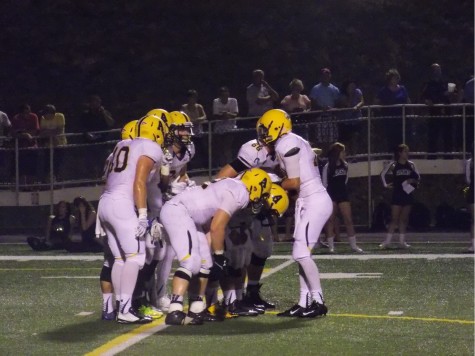 Logan Battin
The Gator football team prepares for a new play during the game against Thiel College.

“Our team attitude is still hyped up, before the first game everyone is antsy to get out, but now we’ve played another team and have the experience,” Smith said.

Murgo said the team is working to have a winning season and change attitudes about the game and the atmosphere around the football program to be more successful.

“It’s been a rough few years and we want to get back on the right track, we’ve been working hard at practice and hope to get on that track this weekend,” Smith said.

The Gators will face The College of Wooster on Saturday, Sept. 12 at 7 p.m. at Frank B. Fuhrer Field.

“Football is a unique game, you only get to play 10 [games],” Matlak said. “So every game is really important, so I think people get geared for that. The hard part is you have to prepare for them, you can’t just show up to the game.”