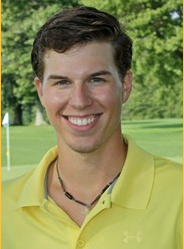 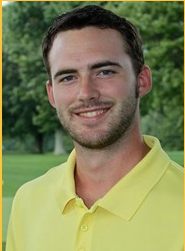 “I mostly wanted to get more tournament experience and it is a new event in the USGA. It is a way to do something together and have fun,” Pickett said.

Haag and Pickett practiced together through the summer in preparation for the event and the upcoming season.

“It is a new team event and with Robby, we knew we had a chance. We know each other well and have played for two years almost everyday,” Haag said.

Coach Jeff Groff said he was excited and proud of the team.

“It was a great way for them to end their summer. They have lots of possibilities and played together all summer so they have a good team chemistry,” Groff said.

Haag and Pickett have been preparing for the tournament qualifier throughout the season and are using the experience as they begin the fall season.

“It boosts confidence and makes for a good feeling about the season. We can carry this for the fall and spring seasons and have something to work for in May since we’ll go from conferences to the championship,” Haag said.

Pickett said qualifying early on does not change how he plays but it helps with confidence, ending the summer on a high note.

“It’s different playing as a pair, you can rely on somebody else and it is more stress free. With golf you’re not always on the same court so when you face something new, there’s someone to consult with on decisions,” Haag said.

Pickett and Haag have been playing together for three years and use their experiences to help each other on the course.

“We’re roommates and teammates so we know each other well on and off the course and can help each other out with asking. We bounced off one another’s play and it worked well,” Pickett said.

Allegheny alum Nathan Smith, ’01 , competed and won the tournament last year and is returning this year to defend his title.

“We will be there with the top amateur players in the world and representing Allegheny College. Nathan Smith will be there, so it is likely we could be the most represented school in the tournament,” Pickett said.

Pickett said he is excited to experience the tournament and play at Winged Foot Golf Club in May.

“I am looking forward to continuing good play from last spring and having a good season. We’re excited about it as a team and are trying to get back to nationals,” Haag said.

Groff said the team is excited to get started with the season after a summer of hard work.

“We have six weeks to see how we do and prepare for the spring championships,” Groff said.

The team will open the fall season on Sept. 5 in Lawrence, Ohio at the Gatorade Invitational.