Lizzie Thompson, ’15, plays the lead role of Agnes and will be performing as her senior comp.

Thompson said the play is a dream her character has where she is the daughter of the gods and has been sent to Earth to understand human suffering and to report what she experiences back to the gods.

“She starts off being very happy and understand that there is all this beauty in the world but slowly across the course of the play she sees a lot of really sad and really heartbreaking things,” Thompson said.

“At the end she is faced with a choice of either going back and reliving the entire thing again or going back to the world that she actually knows caused all the pain and all of the hurt but also all of the beauty.”

Thompson said that the choice is not made at the end of the play and that every audience member will walk away with a different interpretation.

“It never really follows a logical grasp of space and time and characters morph from situation to situation,” said Dan Kietel, ’17, a member of the cast.

Kietel said the most challenging part of working on the play was trying to make sure that the audience would easily understand premise of the play.

“This was the first play at Allegheny where we had actual table work, wherein we spend the first couple of weeks not blocking or setting the stage and we just sat around and tried to bring meaning to the text because of its scurrility,” Kietel said.

Liz Colarte, ’17, said the piece is different from many of the other productions that she’s been in at Allegheny.

“It’s an ensemble driven piece so almost everyone plays more than one character,” Colarte said.

“Everyone contributes to scene changes and every single person is vital to the play’s success.”

“A Dream Play” will be performed in the Glady Mullenix Black Theatre in the Vukovich Center for Communication Arts on Friday and Saturday at 8 p.m. and on Sunday at 2:30 p.m. 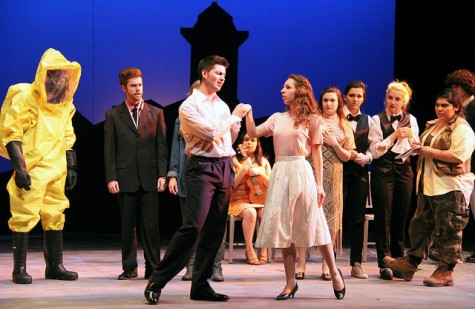 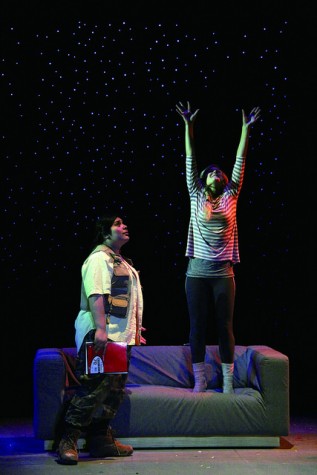