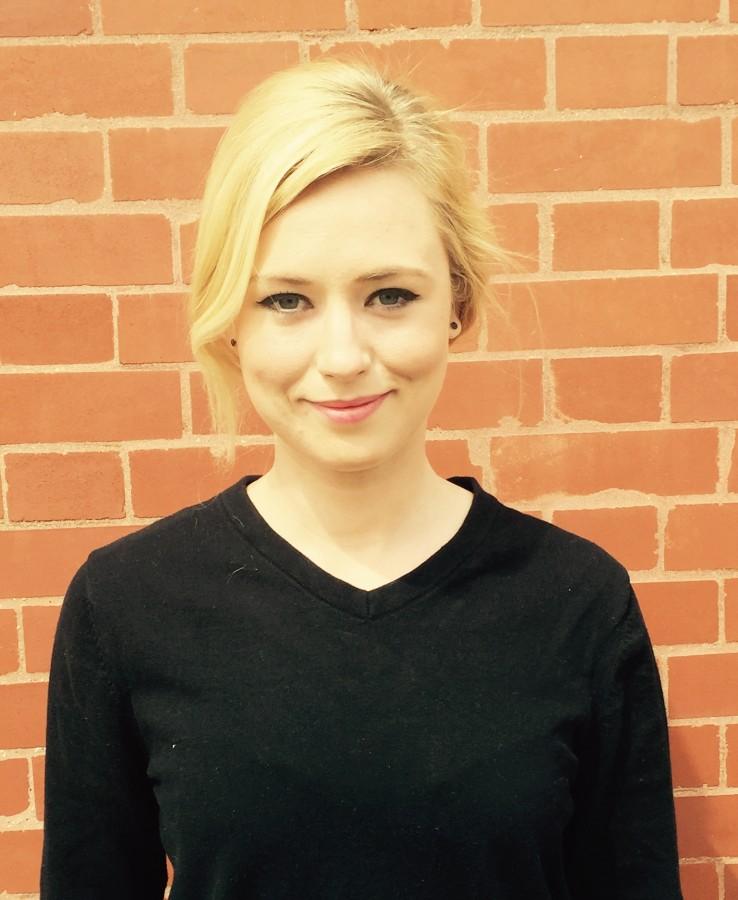 Erin Brown, ’15, a physics and mathematics double major and Goldwater scholar, was recently awarded the 2015-16 Enhancing Diversity in Graduate Education in science, technology, engineering and mathematics Doctoral Fellowship at Stanford University. She was also an honorable mention in the National Science Foundation Graduate Research Fellowship Program.

Brown will be starting a doctoral program in the fall of 2015 at Stanford in computational and mathematical engineering. Her primary interests involve computational neurobiology and she plans on developing new techniques for understanding different mental states of the brain.

Brown entered the field of computational neurobiology during the summer between her sophomore and junior years at Allegheny College, when she worked as an intern for the Salk Institute for Biological Studies in San Diego, California.

She continued her work at Salk the following summer and her senior comprehensive project was inspired in part by a new time-series classification technique that her group at Salk was developing known as “delayed differential analysis.”

The technique, according to Brown, is very efficient at classifying certain data sets—for example, between the EEG of an average person and a schizophrenic patient. Brown, in her comp project, hopes to turn this into a technique for analysis as well as classification.

“It’s a new way for analysis of any system that you can take a time series out of,” Brown said. “It could be the stock market, earthquake dynamics, anything…The idea is to understand, for a given parameter, what range of dynamics you can expect.”

Shafiqur Rahman, professor of physics at Allegheny and Brown’s comprehensive project advisor, believes that Brown has a bright future ahead of her. Rahman first met Brown when she took his introductory physics course during her freshman year. A year later, Rahman allowed Brown to take an independent study course with him as a sophomore. During this independent study, Rahman experienced Brown’s mental aptitude firsthand.

“We were using a very simple model to go into an area that I had not tried before,” he said. “And I went home and realized that there was a very subtle point, computationally, at which if you were not careful you could make a mistake. So the next day I came in and I told her [about this point], and she told me that she had realized that and had already taken care of it. I expect that kind of ability from a Ph.D student, definitely not from a sophomore.”

A particularly important strength of Brown’s, according to Rahman, is her ability to write as a scientist. During her junior year, Brown gave a presentation of some of Rahman’s work.

“So she wrote [the presentation] up and it sounded like I had written it,” Rahman said. “And I was very impressed because in 32 years I have not come across another student who was able to write at that level of maturity.”

Brown was recognized for the NSF Fellowship for her academic work in applied mathematics and data-enabled science in time-series analysis, and her work in a category of personal development known as “broader impacts.” For the latter category, Brown wrote in her application for the fellowship about her time as president of the Society of Physics Students at Allegheny.

Of this experience, Brown said, “I aimed at introducing young students to research at an early age, because I think that really facilitates assimilation into a department and really makes for a much more inviting culture, which is certainly an issue for retaining any kind of minority in the STEM fields. I’m really passionate about that.”

Patrick Jackson, the nationally competitive awards adviser and visiting professor in religious studies and history at Allegheny, described the application process for the NSF Fellowship as a multi-pronged endeavor.

Jackson generally helps any student applying for any nationally recognized prestigious award, including the Goldwater scholarship, Fulbright awards, or a Rhodes scholarship. He helps students with tasks such as proofreading drafts, brainstorming potential teachers for letters of recommendation or gathering transcripts.

According to Jackson, Brown applied for the Goldwater scholarship and the NSF Fellowship with some level of help from him, and she applied to Stanford on her own.

“Erin’s kind of an independent go-getter,” Jackson said. “The first time she applied for the Goldwater she applied more or less on her own…She’s liable to have a pretty serious and important career as a scientist.”

Brown plans on remaining in academia as long as possible, conducting research and teaching in fields that interest her.