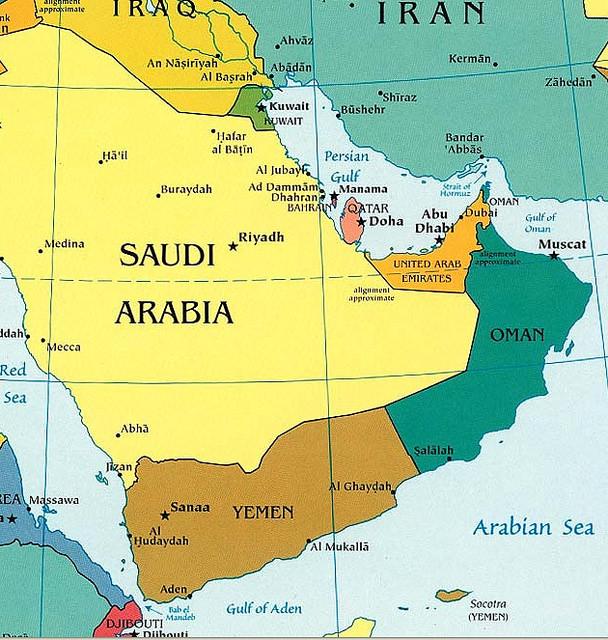 The Houthis have taken over parts of Yemen with the backing of Iran. The country is being bombed by Saudi Arabia in response to this.

Salah Algabli arrived at Allegheny in August, now he may never be able to return home. Algabli is the Arabic Fulbright foreign language teaching assistant for this academic year. His visa expires in June, however the threat of civil war has jeopardized his return to Yemen.

Algabli is from Taiz, a city in the middle of Yemen, which has been taken over by the rebel group Houthis and bombed by the Saudi Arabians. According to Algabli, his mother and sister live in Taiz and they had to be evacuated from their home to a hotel after rebels targeted their neighborhood. Algabli has four other sisters and three brothers who all live in different cities in Yemen with their own families. The majority of the country’s infrastructure has been targeted, both by rebels and the Saudis.Travel, both domestic and international, is virtually impossible.

Bombings have left the country with no power or Internet connection.

“It has been a really difficult time to contact with people over there…the electricity was out…I try to contact my family, but my Mom is not a very techie person. A friend of mine went to visit her at the hotel…we only talk once a week,” Algabli said last week. This was before the country’s power was cut off. He has not spoken to them since.

Shanna Kirschner, assistant professor of political science, acknowledged the gravity of the situation in Yemen.

“Yemen is a historically very unstable country and so this is an extra dangerous situation…not only do you have a rebel movement that’s taken over much of the country, but you now have massive regional intervention,” Kirschner said.

The Houthis, in collaboration with former Yemeni president Ali Abdullah Saleh, are fighting for political control, and have the backing of Iran. They have taken over the capital, Sana’a, and now control a significant chunk of the country, particularly the western half.

According to Kirschner, Saudi Arabia’s historical battle with Iran for regional power led them to launch a bombing campaign on the Houthis three weeks ago. According to CNN, the World Health Organization has reported that more than 600 people have been killed and 2,000 wounded.

Two of Algabli’s friends have been killed in the fighting.

“That was really hard…one was killed, his house was bombed by the rebels, another one he was protesting…and he got shot,” Algabli said. “It’s really hard, I couldn’t sleep for a couple days”

Algabli said he wanted to go home when the fighting first broke out but that he has to be wise and logical about his situation.

As he deals with the ongoing situation, Algabli said he has received widespread support from multiple facets of campus.

“It was a sensitive thing…I didn’t want to talk to anyone about it and at the same time I was trying to forget/figure out what’s happening in my city, and I want to just take the stress out of me….but I talk to friends, I talk to international students, they talk to me,” Algabli said. “But honestly the international office was really supportive, and my Fulbright supervisor…she’s really supportive, and other different faculties.”

According to Kirschner, a group of faculty have been working to figure out what Algabli’s options are. Their hope is to renew him for a second year as a teaching assistant and are currently waiting to hear back from the U.S. Department of State’s Bureau of Education and Cultural Affairs.

In an official statement, the Institute of International Education/Fulbright has asked the college for patience as they negotiate the situation.

Karen Richter, director of the center for language and culture and part-time instructor of modern and classical languages, said that they are hoping for a good outcome.

“There are a lot of people working on this and a lot of people who care…a lot of administrators and faculty who care about this situation and Salah, and are directly involved constantly,” Richter said.

Algabli’s second option is to file for political asylum, according to Kirschner. The criteria for asylum is credible fear for harm if you return to your home country. If Algabli were to be granted asylum he would never be able to return to Yemen.