Gators Give Back soon to begin collection for Project Chacocente 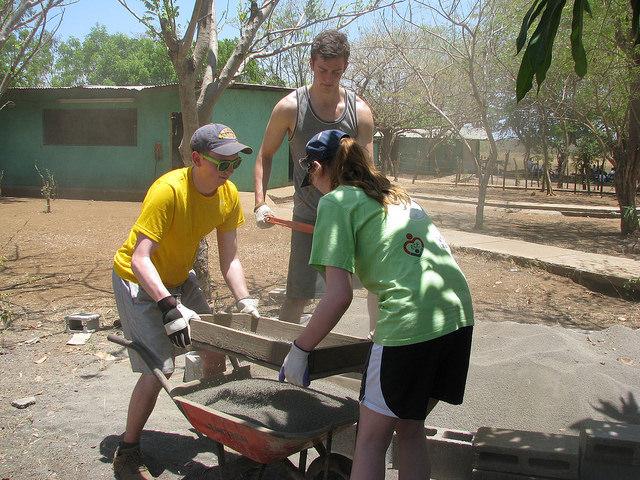 Every other year, Allegheny students travel to Nicaragua to do 80 hours of service work for Project Chacocente.

Since 2009, students who participated in the biannual experiential learning seminar to Nicaragua have been collecting goods to donate primarily to Project Chacocente, a service project that aims to work with families living and working in a city dump in Managua and teach them to live independently from the dump. They also donate some of the money they raise by selling the goods to local charities.

Jessica Bryan, ’16, is one of the students who has gone on the EL and recalls the hard work they did in more than 80 hours of service.

“We helped repair parts of the school and worked in the plantain fields. We are now all experts at mixing and pouring concrete,” said Bryan.

Project Chacocente helps relocate people living in the Managua city dump and works to build homes and schools for them.

“People who live in the dumps in Nicaragua are treated somewhat like the untouchables of India,” said Kirsten Peterson, ’78, an advisor of health professions at Allegheny College. “Much of what we do at the Project is create relationships and help the residents gain self respect.”

Students who go on the EL seminar work with the Nicaraguan residents in things such as building projects, field work, cement work and more.

“A key element is working with the residents as opposed to working for them.  It is very intentionally a collaborative effort,” said Peterson.

Jessica Bryan, ’16, is one of the students who has gone on the EL seminar and was grateful to have been able to make a difference.

“The families were homeless, living in the trash heaps, and scavenged for whatever they could find,” Bryan said.

Peterson works as an advisor and faculty leader during the EL seminar and believes that the Gators Give Back collection is an effective way to contribute to Project Chacocente as well as reduce campus waste.

“We generally net between $1,500 and $2,000 per year,” said Peterson. “Perhaps more importantly, however, it is a logical fundraising effort…We make the money to help support our work at the Project by selling items that would otherwise end up in a U.S. landfill.”

Bryan agrees on how effective the collection is and likes the local and international angle it takes.

“Our motto for the sale is ‘reducing waste, recycling goods, and supporting Project Chacocente as well as local charities,’” she said.

The collection will begin April 25 when boxes are set out in the residence halls as well as in the Campus Center. The students will also participate in dumpster diving as they collect the items in the boxes.

“[The dumpster diving] will occur at different times,” said Erica Salizonni, ’16, a student who went on the EL seminar in the summer of 2014. “Basically anytime we collect boxes and even during the sale.”