Local theater has potential to close 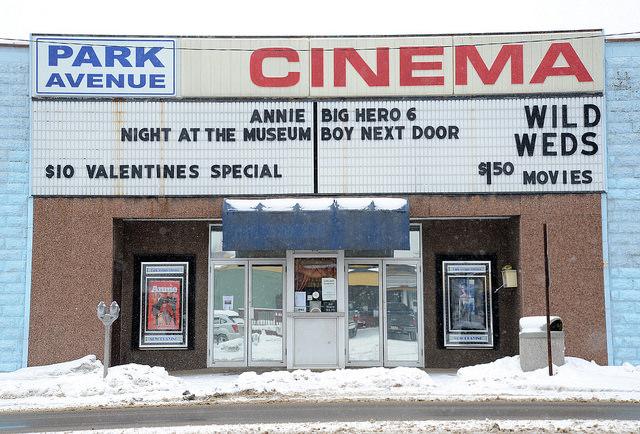 Park Avenue Cinema, one of two theaters in Meadville, may face closure as it works to raise funds to upgrade its projection equitment.

Meadville’s Park Avenue Cinema, located on 960 Park Ave., could go out of business as it is under financial strain, raising money for new projection equipment.

The three-screen cinema currently employs older, more traditional film projectors, but with movie studios beginning to go digital and slowly phase out film, older theaters across the country will face closure. The price of one digital projection system will cost the theater approximately $25,000.

“The cinema is still running, we are in the process of converting over to digital projectors, we are trying to fundraise, to raise money to convert the projectors,” said owner John Horning. “If that doesn’t happen the industry, the film companies themselves, will force us out of business.”

Horning explained that the theater is accepting donations both in cash at the cinema and online at gofundme.com/parkave. According to Horning, the fundraising efforts have been going well.

“A lot of people are contributing small amounts of money, over…various different times and that is basically what we want, possibility of people getting involved with the theater, if they want to see bargain theater continue in downtown Meadville,” said Horning.

In addition to its fundraising efforts, Horning explained that he has also been exploring other avenues of possible support.

“We are talking with different businesses in the area, as well the college itself, as possibly getting involved in the situation of fundraising as well as the [chamber of commerce],” said Horning.

Horning has owned Park Avenue Cinema for the last five years. Under his ownership, the quality of the theater has been improved and it was refurbished from the relatively poor condition in which Horning said he found it.

“We did renovations when we first opened, and have been doing a little bit every so often,” said Horning.

The cinema in the last five years has also become a welcome source of entertainment for Allegheny College students. On the first Friday of every month the theater hosts events where Allegheny Students receive reduced admission rates with their student ID.

While Park Avenue is not the only theater in Meadville, it is the closest to campus and the most affordable with an evening ticket costing only $3.75 compared to The Movies at Meadville, $8.00.

“They will get the features immediately as they come out, obviously, they charge accordingly, where as we get them delayed and are able to discount that price,” said Horning.

Despite their best fundraising efforts, Horning admitted that the success or failure of the cinema will ultimately come down to local residents.

“I think there is a potential for the theater to be around for many, many years,” said Horning. “It depends on the situation, it depends on the local people, how much they really want a discount theater and their input.”

Some students at Allegheny have been surprised by the possibility that the theater may be forced to close its doors. However, the reaction has been largely one of disappointment. Students have said that losing such an affordable theater, located so close to campus would be a upset to the community.

Zach Kaufman, ’17, admitted that he had not been to the theater since the fall semester, but said that he would miss having the option if it were to close.

“I think it will affect a lot of people here because they like to go out on Tuesday nights and see a movie,” said Kaufman.

Other students pointed out that the cinema does host events specifically for the college and that events like First Fridays have become something of a tradition on campus.

“I think that would be really sad [if it closes],” said Sonya Shaikh, ’17. “First Fridays are a big part of this campus.”

Despite community and student support for the theater, Horning explained that the future of the cinema is uncertain because the movie studios’ transition to all-digital film can take place at any time, meaning that fundraising efforts could be cut short as production companies weigh the decision of moving entirely to digital.

“The time frame is basically based on the studios, if they decide to go all-digital tomorrow, that will smother our business real fast,” said Horning. “If they decide to just hang on to film like they have been, that will continue until such time as they make their decision.”