ASG and Board of Trustees approve $100 raise to SAF 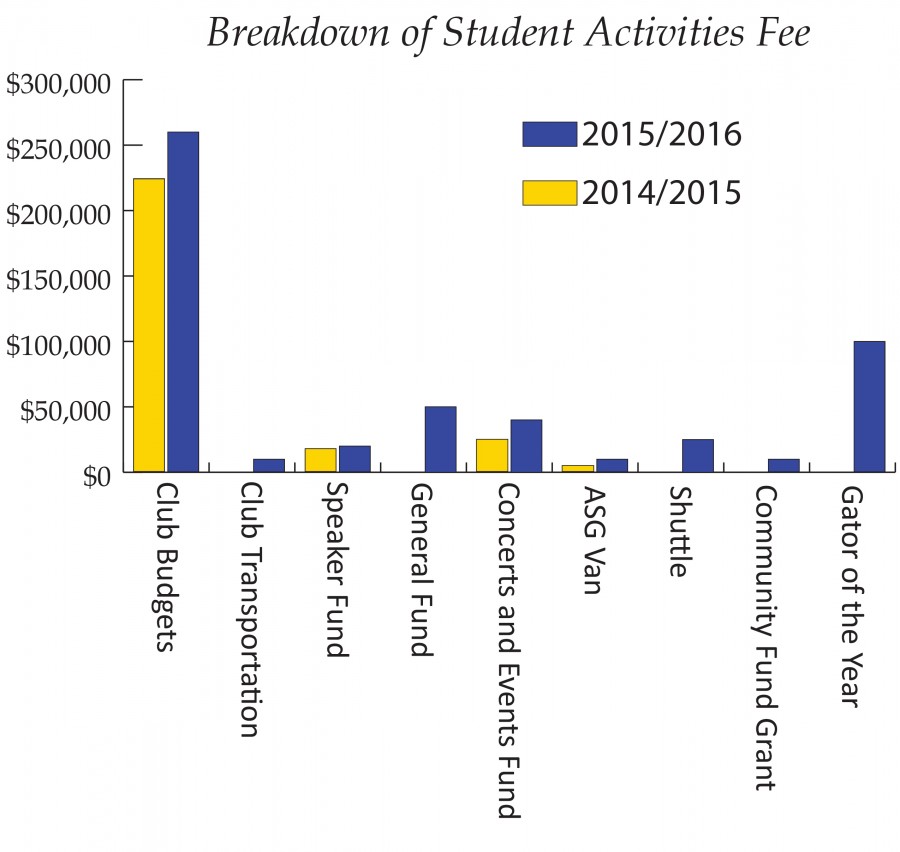 During the Allegheny Student Government general meeting on Tuesday, Feb. 3, the senate voted in favor of increasing the Student Activities Fee by $100, and on Saturday, Feb. 7, ASG President Larry Hailsham, ’15, and ASG Vice President Mary Grace Warren, ’15, brought the subject to the Board of Trustees meeting in Pittsburgh, Pa., who approved the increase as well. Starting in the 2015-2016 academic year, the mandatory SAF will cost full-time students $250 rather than the previous cost of $150.

Warren explained that the board was required to to approve the price change in order to implement the new fee next fall.

“With the approval of students through ASG, they [the board] approved it [the SAF] as well and they were really excited by it,” said Warren.

With the current SAF of $150, money is distributed into the following six categories: club budgets, speaker fund, general fund, surplus fund, the concert and events fund and the ASG van. From approximately 1,960 students enrolled this academic year, the six areas were budgeted from about $293,410 of total ASG funds from the SAF.

Next year, the club budgets will be capped at $260,000, a more than $30,000 increase from the 2014-2015 academic year. With this raise in funds available for clubs, ASG hopes to be able to support broader learning experiences.

“Right now there’s definitely not enough money to go around to send students to conferences,…and I think we’re really missing out on that, not only the experiences students are getting by being there but also making connections with other schools and other people in those organizations,” said Warren.

In addition to the six current categories budgeted from the SAF, next year will also see money budgeted to the club transportation fund (including airfare which has not been previously covered by ASG), the shuttle, a community fund grant and Gator of the Year.

“The Allegheny student experience will definitely improve,” said ASG Treasurer Miguel Liriano, ’16. “We’ll have Gator of the Year which we’re thinking of getting a high profile speaker to come in. For example, American University has Anderson Cooper coming in this year…We’ll definitely have more funds to secure a better, well-known performer for next year. Clubs will definitely receive more funds…We’ll also have the community fund grant that is kind of an investment in Meadville as well. Students will be able to come in and request money for service projects that will help the relationships between Meadville and Allegheny in the Year of Meadville [next year’s annual theme].”

Hailsham originally introduced the idea to raise the SAF in fall 2014, following a summer internship.

“I was interning in DC and I was speaking with people who were part of the American University student government and the types of things their organizations were able to do were amazing,” said Hailsham. “It seemed troubling that we, as an institution, weren’t able to do things of that caliber as well.”

The original proposal to change the SAF included doubling the current fee to $300 and introducing a campus-wide ball.

“Nobody wants to pay more for anything, understandably, and we [ASG] recognize that this would affect students in different ways,” said Hailsham. “…There was a lot of breathing that happened throughout the entire process.”

During the process of editing the proposal, ASG took into consideration constituent opinion and revamped the idea to reflect student voices.

“Through speaking with a lot of people and getting the feedback that we were getting, we decided that some things could be taken out of the proposal and ultimately we lowered it down $50,” said Hailsham.

Liriano explained that ASG knew proposing a change to the SAF would be a lengthy process involving multiple updates.

“Student and senate opinion was the most important when creating this document. When we proposed it, we knew we would come back and refine it and we rewrote it about three or four times before we came up with the final document that senate passed,” said Liriano.

Of the newly proposed budget, the biggest monetary investment besides club funding is Gator of the Year which will be allocated $100,000. Through Gator of the Year, the unofficial title of the program, ASG will have the funds to bring an influential speaker to campus each academic year.

“One of the biggest barriers I think we have with speakers is our location and available funds to offer speakers,” said Hailsham.

Warren echoed Hailsham’s explanation behind the difficulty and expense in travelling to Meadville.

“It can be hard to get people to come out to Meadville,” said Warren. “If you’re going to do a country-wide tour, Meadville’s not usually a stop on that tour. So that’s another kind of an incentive to get some people out here and the national recognition that might come with that and actual attention is definitely something we see as a benefit to Allegheny students.”

Overall, Gator of the Year is meant to provide the Allegheny community access to influential and engaging annual speakers.

“The idea behind it is to basically provide the campus with a way to engage with understanding what it means to be an Alleghenian, the idea of being a Gator…We’re all Gators, so to be the Gator of the Year means you’ve embodied some of the characteristics we view as important,” said Hailsham.

With more than 100 clubs and organization on campus, a large portion of the student body should experience first-hand the effects of the increase in the SAF.

Despite raising the fee to $250, Allegheny still ranks lower than other competitor and Great Lakes Colleges Association schools. Liriano noted that student opinion will ultimately control whether or not the SAF will continue to increase in the upcoming years, but that ASG is excited nonetheless about the changes that will take place next year.

“Overall, the SAF will increase the Allegheny experience and is definitely an investment in the college which will all benefit us in the years to come,” said Liriano.

Hailsham and Warren also voiced ASG’s enthusiasm about the change.

“It’s going to require a lot of planning on our end, but I think we’re up for that challenge and we’re super excited about it,” said Hailsham “We know that ASG is something that serves an important role on campus and don’t expect for the raising of the Student Activities Fee to remedy any existing problems within the campus community and ASG itself. We are actively trying to revamp and redo our governing structure through looking at our constitution and developing a set of procedures that will go hand in hand with the raising of the Student Activities Fee. ASG recognizes we have room to improve as well and with this passing its more of a reason for us to improve, too.” 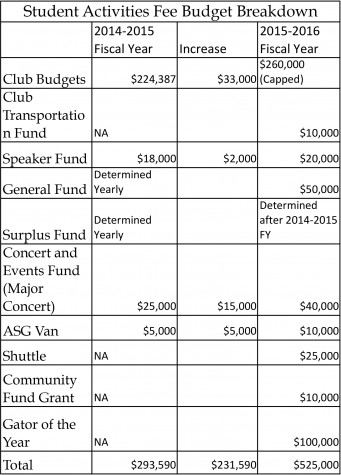