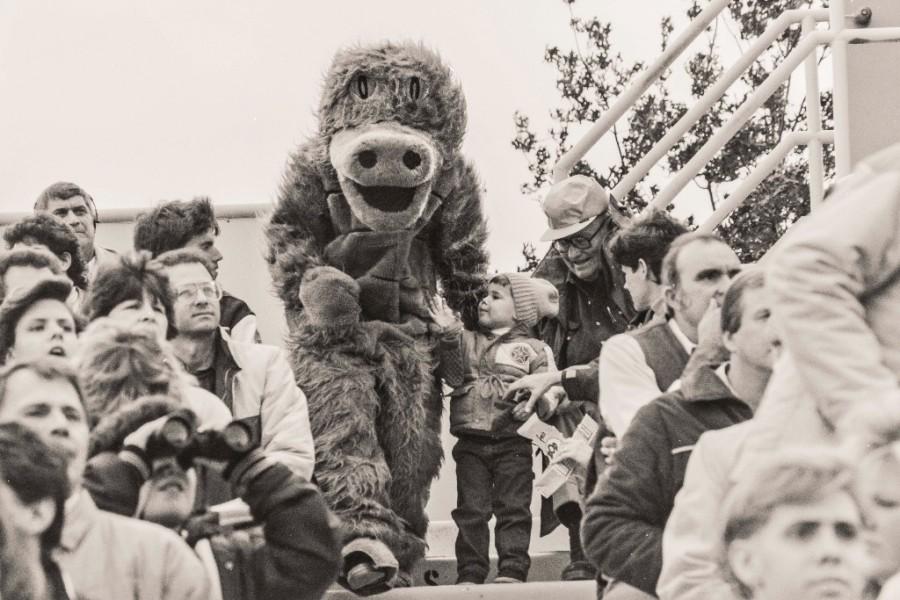 The gator mascot has been at Allegheny for the past 90 years with a variety of different looks. Not originally known as Chompers, the gator Stevie was a staple of the college. This version of the mascot is from 1987.

In response to the bicentennial, the college will be revealing a new Chompers costume in early spring 2015.  Students, faculty, staff and alumni can choose to vote on blue, dark green, bright green or gold as the mascot’s color.

“So far it seems everyone is excited for the opportunity to vote,” said Rachel Garza, associate vice president for communications and marketing.

Chompers, previously known as Stevie, has had many different looks for the past 90 years. Some of its costumes included use of animal print, paper mache and shag carpet. The most recent costume featured a bright green Chompers.

The college was presented with several options for the new mascot and decided to include the student body in the final decision.

The voting process includes renderings of the final design. According to Garza, the student body should expect the finished costume to look similar to the designs seen when voting.

Voters have been encouraged by the college’s #ChompTheVote campaign to spread the word on social media about the voting. Since Monday, individuals have been tweeting to promote their team.

“I liked the dark green one because that’s the color of an alligator. The blue and yellow ones are too artificial,” Orr said.

Alissa Hill, ’18, agrees that some of the colors are unnatural.

“Dark green in the most normal alligator color,” Hill said. “I don’t like the blue because it’s just very cartoonish.”

Despite votes closing on Sunday, the winner will not be revealed until next semester. The results are “top secret” according to Garza.