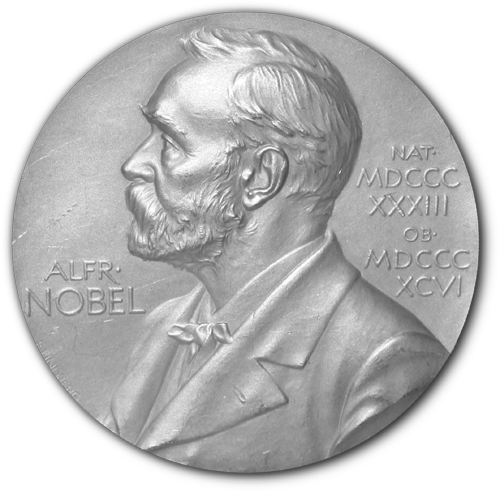 The Nobel Prizes were awarded for scientific disciplines in Medicine and Physiology, Physics, Chemistry and Economics. The awards are given annually and internationally. Ten individuals were awarded for their work in the sciences.

Medicine/Physiology: (Released Oct. 6)
This year’s Medicine and Physiology Prize was won by University College London’s John O’Keefe, and the Norwegian couple Edvard Moser and May-Britt Moser. The award was for discovering cells in the brain that supply our minds with locations, giving us our sense of direction.

“You learned about most of those environments before you had the motivation to,” said Jeff Cross, professor of psychology and neuroscience.

This was exemplified in Edvard and May-Britt Moser’s experiments. They compared the speed at which mice could find food and water when they were familiar with their mazes as opposed to the mice unfamiliar with their mazes. The Moser couple made sure that the mice who were previously introduced to the maze did not have a motivation to find the food and water immediately by making sure they were not deprived of food or water prior to the experiment.

Jeff Hollerman, associate professor of psychology and chair of the neuroscience department at Allegheny College, said that the hippocampus is responsible for both encoding memories as well as communicating navigational memories.

“The brain can remember in three dimensions,” Hollerman said, expanding on the capabilities of the hippocampus’ encoding abilities.

Although scientists were aware of the duties of encoding and the storage of navigational memories in the  hippocampus, they were not able to study the neuronal firing prior to O’Keefe’s observations.

With these observations, scientists will not be able to do more research involving the enhancement and inhibition of the place cells that the Prize winners observed.

Physics Prize: (Released Oct. 7)
For the invention of blue light-emitting diodes (LED), Isamu Akasaki, Hiroshi Amano and Shuji Nakamura were awarded the Prize in Physics. The blue LED makes for more energy-efficient light sources and do not contain toxic mercury that is found in fluorescent lighting.

According to the Physics World website, “UV-emitting LEDs could be used to create basic yet effective water-purification systems, because UV light can destroy micro-organisms.”

Ian Carbone, assistant professor of environmental science at Allegheny, said, “Improved technology for lighting is definitely an important part of reducing greenhouse gas emissions and the effect of those emissions on our climate.” He added, “A typical incandescent bulb requires about six times more energy to produce the same amount of light as an LED bulb.”

With the new blue LEDs and the more eco-friendly bulbs, people will be able to reduce the amount of electricity being used, and therefore minimize greenhouse gas emissions.

“The LED may cost $11 at the hardware store while the incandescent bulb costs $1, but if you also consider the electricity that you also need to pay for, you will realize that your are better off going with the LED,” Carbone commented. “I think as the technology starts to feel more normal, more and more people will spring for LEDs and benefit from this.”

Although scientists have struggled in the past to reach this blue LED, the invention of the lights can be used to reduce energy consumption in everything that emits light, from televisions to computers.

Chemistry: (Released Oct. 8)
The Prize in Chemistry was awarded to Eric Betzig, Stefan Hell and William Moerner “…for the development of super-resolved fluorescence microscopy,” according to the Nobel Prize website.

Fluorescence microscopes use particularly high intensity light sources in order to produce a magnified image, enhancing the features of subjects being observed.

The work of the three winners has made it possible to observe at such a short wavelength of light that it is in the nanodimension.

According to the Nobel Prize website, “The Nobel Prize in Chemistry 2008 was awarded… ‘for the discovery and development of the green fluorescent protein, GFP.’”

“Those two are linked in that both focus on visualization techniques,” Chapp said.

Chapp believes it is likely that there will be more focus on the subject of visualization in future awards.

“Prizes tend to go in cycles, and this year the focus was on biochemically applicable discoveries,” he said.

Economics: (Released Oct. 13)
The Prize in Economics, or the The Sveriges Riksbank Prize in Economic Sciences in Memory of Alfred Nobel, was presented to winner Jean Tirole. Jean Tirole is known for his awareness of the ways in which the market can be ineffective, as well as his work in advising the best ways to regulate it, including work against monopolies and what can cause financial crises. His success at both advising on market regulation and recognizing where the market is ineffective earned him the Nobel Prize.

Tomas Nonnenmacher, department chair of economics at Allegheny, believes strongly in the influence Tirole’s work has been gaining over economic research.

“Google Scholar indicates that he has been cited over 80,000 times,” said Nonnenmacher. “That’s a staggering number and shows the impact he’s had in shaping the discipline.”

Nonnenmacher believes that this influence will be on-going for an unforeseeable amount of time.

“Someone like Tirole has shaped the field of economics enough that, even if we don’t know it, we’re using some of his contributions to the literature,” he said.

Tirole is also known for his diverse manner of observation. He has written about many different subjects, mostly based on theoretical thinking that Nonnenmacher observed.

“He’s written on a broad range of topics, but his general approach is that he applies game theory and formal modelling. While industrial organization and regulation are his main fields, he also has important papers in finance and behavioral economics.”