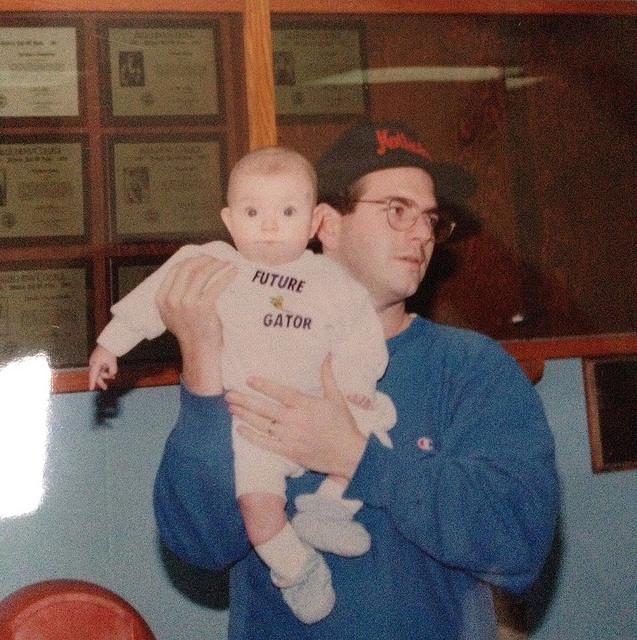 Cam Olson, ’15, is a returning soccer player and captain on the Allegheny Men’s Soccer Team. Many know of Cam Olson’s accomplishments on the soccer team while he has played at Allegheny, but not many know of the history behind his decision to come to Allegheny or about the fact that both of his parents played sports at Allegheny in their time here.
Cam Olson did not always want to go to Allegheny. He wanted to go a Division I school and play soccer but ended up getting injured just before his senior year of high school, which hindered his decision.
“[Allegheny] was actually my last choice,” Cam Olson said. “It ended up being the only place that still offered me a starting position as well as a great education. But now, it is my first choice.”
Cam Olson said he never really thought about going to his parent’s alma mater.
“I always had aspirations to play at the highest level possible,” Cam Olson said.
He said although it was not where he expected to end up he is glad he did and playing at and attending a school where his family graduated from has brought him closer to his parents and has also given him an even stronger relationship with the school.
“It gives me something to talk about,” Cam Olson said. “Even though Allegheny is already a close-knit community it gives me the opportunity to make a lot of connections around campus.”
Cam Olson’s father Ron Olson, ’86, who played football while at Allegheny, believes that Cam ended up at Allegheny for a reason.
“While Allegheny College was one of his college choices he was on a different path in regard to his collegiate soccer career until he underwent knee surgery in the spring prior to his senior year of high school,” Ron Olson said. “The approach the orthopedic doctor took to repair his knee was better for Cameron long term but it dramatically changed the college soccer recruiting process for him. The saying “the obstacle is the path” is one Cam embraces.”
Cam Olson’s father said that no matter where he went to school his parents would have supported him just the same.
“In the end it was always Cameron’s decision. He had to feel that the fit was right and we would have supported him regardless of where he attended – but, of course, his mother and I are pleased he chose Allegheny,” Ron Olson said.
Ron Olson also said Cam’s coach, Angelo Panzetta, played a large role in helping Cam decide where he wanted to go in the end.
“Coach Panzetta took an active role during the college selection process discussing options with Cameron and offering guidance,” Ron Olson said.
Cam Olson said that his relationship with his coach and the football coach, because of his father’s involvement, have been stronger due to the connections from his parent’s past.
“Even though my dad and I played two different sports I’m a lot closer with the football coach and football team because of him,” Cam Olson said. “There’s a 30 year difference though so things have faded out and allowed me to have my own experiences.”
Panzetta, who is entering his 14th season as a coach, said being a legacy athlete would increase any athlete’s pride in their school and in their team.
“There is an added connection to the school that comes with being a legacy,” Panzetta said.
Panzetta said being a legacy works in his favor during the recruiting process because parents can give more information to the potential athlete about what the school is like.
Although things did not turn out the way Cam Olson anticipated; Cam, his parents, and his coach are happy with where his decision to come to Allegheny has led him.