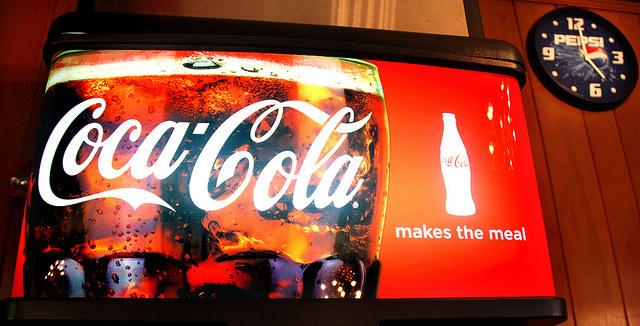 MEGHAN HAYMAN/THE CAMPUS While Brooks Dining Hall has switched to Coca-Cola machines, they still depend on Pepsi for the time.

The popular transit system, “The Loop,” has undergone some changes for the new semester.

With “The Loop,” a popular service on campus, the office of student involvement realized they had not updated the route in several years. Based on feedback from student riders that was collected by bus drivers, the decision was made to add certain stops for Allegheny Students.

The stops that were added include Park Avenue Cinemas, Park Avenue Plaza and a stop near the downtown McDonalds.

The addition of stops is not all that is new this year. “Typically for the last few years the route has run, starting at 4 p.m., until midnight,” said Symons. This used to include the entire route, but that will no longer be the case.

Pepsi fans will have to make due with Coke this year, as the college recently entered into a new agreement with Coca-Cola this year.

Linda Wetsell, Chief Financial Officer and Treasurer at the college, seemed corroborate this assertion saying in a written statement that many factors went under review in making the decision. Stating, “During the review we considered the financial components; general sponsorship, volume, marketing and event support, and donated product.”

Wetsell also stated that the impact the decision would have on Parkhurst Dining Services was another piece that was taken into account.

When asked about student reaction so far, Watts said that there had been “very little ripples in the pond,” in regards to the change. Stating that there were other things on campus that seemed to be of greater concern to students.

Carnegie Hall, home of the psychology department got a bit of a facelift for the coming academic year.

The renovations were limited to the second floor, for the time being, and included the addition of six brand new testing labs and countless new work spaces. The total budget for the renovations was between $100,000 and $150,000.

The new testing labs, which are equipped with two way mirrors, allow for human research experiments and studies such as the ones carried about by Ryan Pickering, a first year professor at Allegheny who studies how socioeconomic factors affect health.

The labs replaced a large, stadium type seating, classroom that was removed to make room for the new labs. However professor Aimee Knupsky, associate professor of psychology and the new chair of the department, commented that there are plans to build a similar classroom elsewhere on campus.

Knupsky also noted that the labs are for use by the students, not just faculty.

“It’s not just about the faculty having lab space,” noted professor Knupsky, explaining that the labs would also be available to psychology students.

This is not the end of changes to Carnegie however. Knupsky referred to this year’s changes as phase 1. Phase 2, she said, would be to make sure that the first floor is in line with the second floor. She also said that the third and final stage would be less cosmetic; mostly fixing heating and cooling issues within the building and making repairs to the basement.

The Wise Center underwent a series of renovations that according to Bill Ross, associate director of athletics and recreation, cost more than $70,000, which was raised by the “Golden Gator” booster club.

The road to these changes began in the fall of last year, when a recreation services survey was sent out to Allegheny Students.

“There was a great response,” said Ross, citing they received more than 1,000 completed surveys. Looking at the results, Ross said that the weight room was at the top of the list.

The new weight room includes all new equipment, suited to the type of physical exercise that is currently in style. Ross said that in recent years the trend has been moving toward simpler methods of exercise, such as free weights, as opposed to machine workouts.

The Wise Center is also still in the process of converting one of the racquetball courts into a functional training room. These rooms are used for specific types of workouts that include using ones own body weight as opposed to machines, or even free weights.