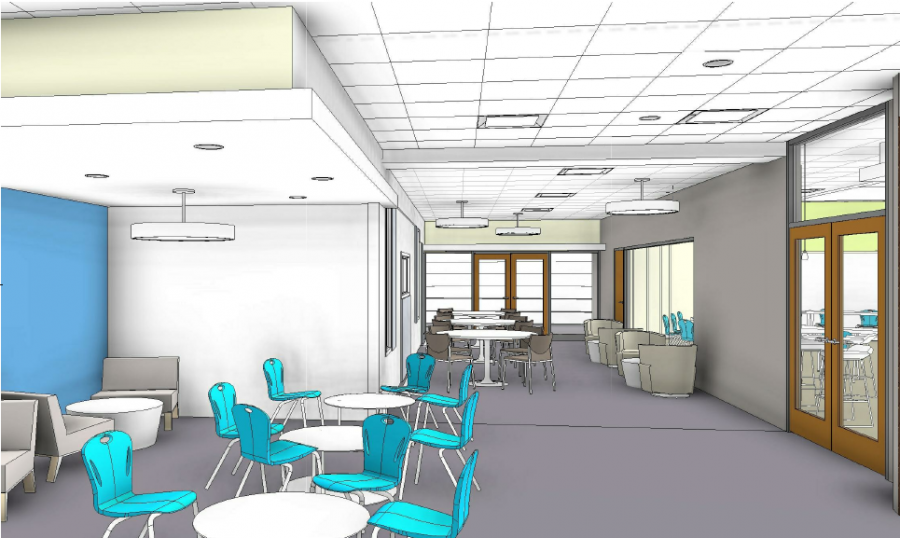 The Pelletier Library will be under ongoing construction throughout the fall semester. Construction began last May, post commencement, and is expected to end Jan. 15. The renovations stem from the addition of the Gateway which will be added to the building following construction.

The college worked with Perfido Weiskopf Wagstaff + Goettel Architects on redesigning the main floor and the third floor of the building.

“It was our chief requirement of the architect that we not lose any student space,” said Bills. “I think it’s going to be a shock at first, and I think people are going to think perhaps they are losing some space. But actually, in terms of total footprint, we have just as much student space as we had before.”

Not too long after last year’s commencement, the library spent a couple weeks preparing for the construction crews.

“The first couple weeks were not so much construction as rearranging everything,” said Bills. “So it took us two weeks to move everybody into temporary quarters and to move the books, and after that two weeks, they started what they called ‘demo’ and I call ‘demolishing.’”

Once designs were agreed upon and materials moved, Gilcon & Associates began the renovation process. Construction has been ongoing since May. The library’s main goal was to have enough work completed so as to not disrupt student services in the building.

“Our first priority then was to do enough work so that the library to operate with all of its usual services with as much student space as possible and with as little interruption,” said Bills, “and that’s what we think we’ve accomplished.”

The circulation desk, Learning Commons and reference librarians are all available for student use, just displaced from last year’s location. Circulation is located at the north entrance of the building, where it will remain once renovations are complete. The Learning Commons and reference librarians are in temporary locations until the main floor of the library is finalized.

“Of all the work that is being done of the main floor it is a quarter finished,” said Bills. “We are on schedule. This is where we thought we would be right now. We knew it would take the fall semester to finish this up. We are confident they are going to have it done in time.”

The college anticipated that construction would need to continue into the academic year. The agreed upon solution to minimize annoyances to students is to have crews begin their work earlier in the morning and end no later than 3 p.m.

“Anytime you have construction its going to be disruptive, whether you have sidewalks, the bicentennial plaza,” said Terry Bensel, associate provost and director of the Gateway. “The scope ofthe project is just too great to have accomplished over the summer. There was simply no way we could have done it in one summer.”

Once construction is completed, the library will be home to more than 35 new offices on the main floor. These offices will house all departments within the Gateway, which include, career education; international education; civic engagement; intercultural center; pre-professional programs; undergraduate research, scholarship and creative activities; center for political participation and nationally competitive fellowships. These departments are currently housed across the campus and through the Gateway will be brought together under one building. Bensel and others working with the Gateway hope that these offices will increase collaboration between student learning in and out of the classroom.

“The Gateway, the Learning Commons and everything in the library is really about student success at Allegheny, it’s geared towards the academic experience of the students,” said Bensel. “Philosophically you could say the library is symbolic of a place you could go to accomplish the work as a scholar, as a citizen, as a student.”

Bensel hopes students and faculty will come to see Pelletier as more than a library once the Gateway is in place.

“The library sort of becomes an academic center in a broad sense,” said Bensel. “It’s a building that houses the library but also houses the Learning Commons and the Gateway as opposed to being a library we squeezed a couple things into. I think that over time that is a goal to have Pelletier perceived as a building that houses three distinct units all of which are all about supporting the student academic experience.”

With all the current changes to Allegheny’s campus, many students are skeptical of the decision to renovate Pelletier.

“There’s already not enough space to begin with in the library to study, so to take up the space with something else, I don’t know what was wrong with Reis Hall, I feel like they could have just stayed there,” said Rose So, ’16.

Despite student concern, Bensel is confident this change will be to the benefit of all students on campus.

“There’ll be some skepticism and annoyance,” said Bensel. “Nobody like changes. It’s going to take a few years for people to really fully comprehend and for the new structure itself to sort out some of the changes that are happening. Day one everything’s not just going to be great.” 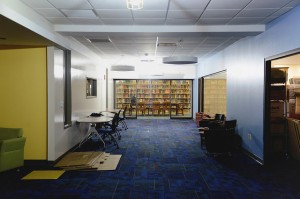